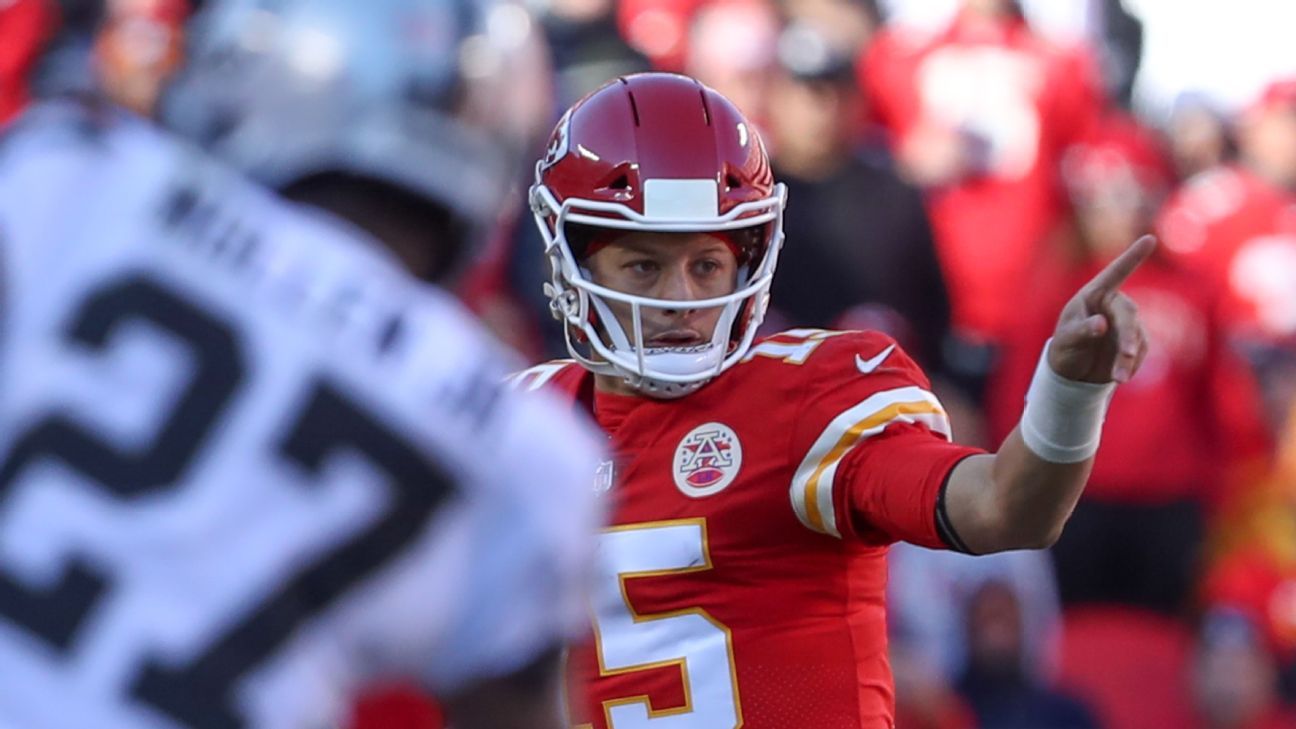 KANSAS CITY, Mo. — The Chiefs took note that the Las Vegas Raiders gathered on their logo at midfield before Sunday’s game and felt it added some fuel before their 48-9 victory over their longtime rivals.

“You definitely don’t want people to come into your stadium and disrespect things that you kind of built,” quarterback Patrick Mahomes said. “It gave us a little more motivation to go out there and win against a really good football team that we have a rivalry against that usually is a tough football game.”

At the end of pregame warm-ups, Raiders defensive end Yannick Ngakoue summoned his teammates to midfield and then had some words for them before the team departed for the locker room.

The Chiefs scored on the game’s first play from scrimmage when cornerback Mike Hughes recovered a fumble by Raiders running back Josh Jacobs and returned it 23 yards for a touchdown.

“That’s pretty disrespectful,” Hughes said of the Raiders moving to midfield for Ngakoue’s pregame speech. “I’m glad we jumped on them the way we did.”

Raiders linebacker K.J. Wright acknowledged that his team’s actions before the game might have given the hosts some added incentive.

“I would have been upset, too, if I was them,” Wright said. “Anybody that comes there and do that? And they definitely came out and responded to their anger and we couldn’t hold up.

“It was spur of the moment. One guy said, ‘Let’s go’ and we all got to ride together. We all went out there together. We did it as a team and just gave them a little more motivation than we needed to give them.”

Raiders quarterback Derek Carr and backup quarterback Marcus Mariota were the first two to run off to the locker room after the pregame speech.

The Chiefs were still sore going into the game about how the Raiders’ buses, on their way to the Kansas City airport, took a victory lap around the stadium after winning in Kansas City last year for the first time since 2012.

The Chiefs played “Wheels on the Bus” over the stadium public address system after Sunday’s game.

“We didn’t want them winning here again,” Mahomes said. “We went out there and handled business.”