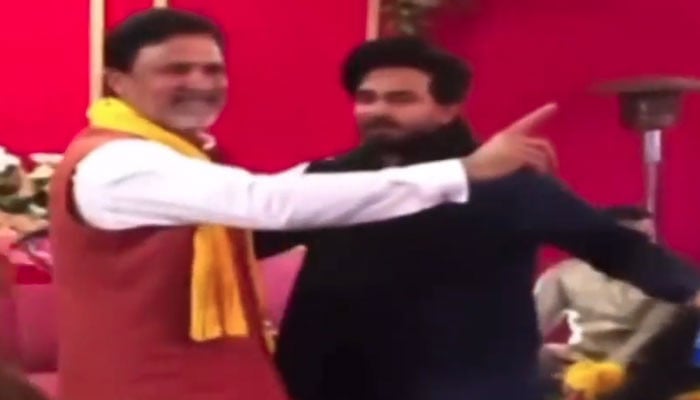 A video clip of Pakistan’s legendary former cricketer Moin Khan has gone viral on social media in which he can be seen dancing along with actor Ali Ansari during the wedding of his son, Owais Khan.

Owais’s wedding celebrations started at the beginning of this week.

Moin Khan surprised the guests with his dance on the occasion.

Pakistani actress Mariam Ansari and Owais Khan tied the knot in February this year while their baraat ceremony was held last night.

Other videos of Owais and star batsman Azam Khan dancing with Moin have also gone viral on social media.

Ali Ansari has been a part of a string of hit drama serials broadcast on Geo Entertainment while his sister, Maryam Ansari, has also acted in several high-profile drama serials.