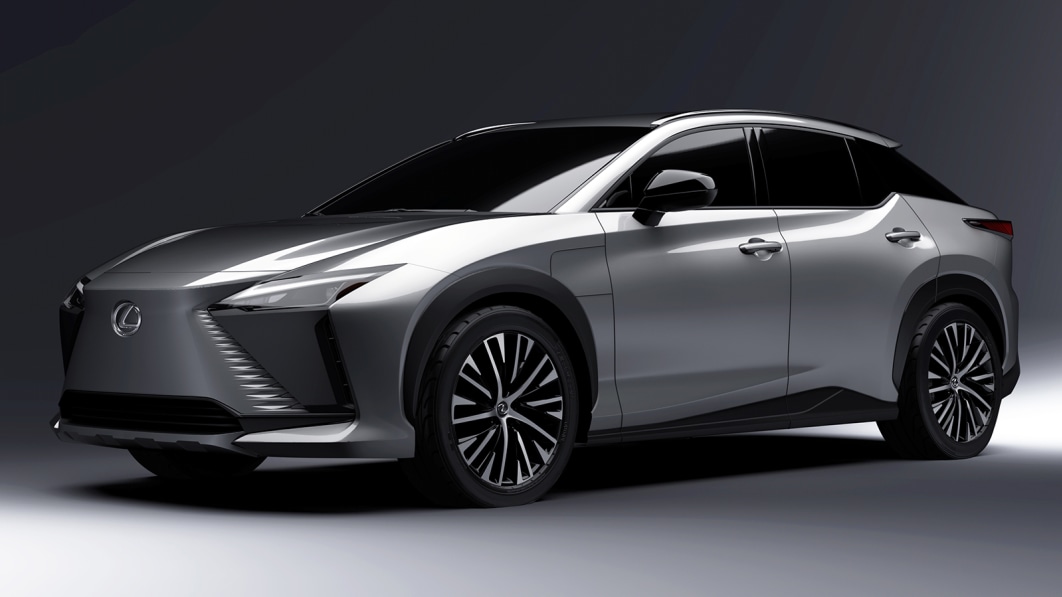 Toyota just showed a huge number of concept cars as a preview of what it has planned for the future through 2030. Naturally, Lexus is a significant part of that, and it had its own group of vehicles to show including the production RZ 450e. Not only that, the company announced it would have a full line of electric cars with the goal of having all of its sales in North America, Europe and China be electric. By 2035, Lexus will only sell electric cars.

Leading the lineup of future electric cars is the production RZ 450e. Unfortunately, no specifications were given. It looks very close to the LF-Z concept car from earlier this year, but with some of the more fiddly detailing cleaned up, and some of the character lines actually amplified. We wouldn’t be surprised if it’s closely related to the Toyota bZ4X under the metal.

The other vehicles shown were concepts that likely preview future Lexus models. The showstopper is the Electrified Sport. It has exaggerated curves, an incredibly long nose and looks remarkable. Lexus said it should have some eye-catching performance, too. It’s apparently inspired by the LFA, and should be able to reach the 60 mph mark in the low 2-second range. And speaking of range, the company estimated a range of around 435 miles, and power could potentially be supplied by solid-state batteries.

The other two vehicles shown were a sedan and an SUV, simply called the Electrified Sedan and Electrified SUV. The sedan shares styling cues with the sports coupe, but naturally toned down a bit. The Electrified SUV looks like a boxier, larger version of the RZ. Proportionally, it looks like it may have three rows of seats, and it seems like it could be the next electric Lexus after the RZ.