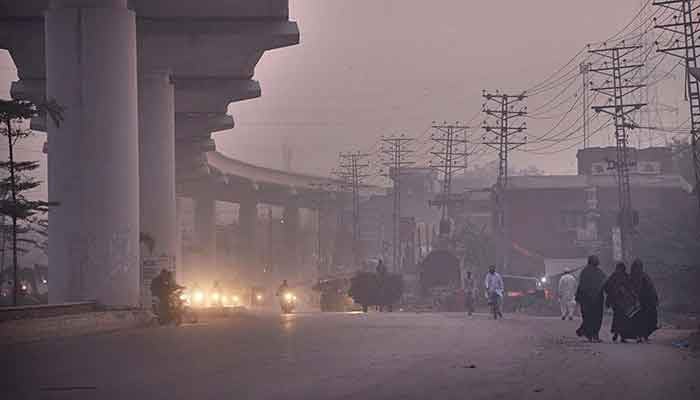 The Lahore High Court (LHC) has directed the government to consider closing schools on account of winter vacations from December 20 as the rising level of smog in the city continues to pose a health risk for citizens, as per a report in The News.

The court issued the order during a hearing of petitions related to environmental issues. An officer of the Punjab Disaster Management Authority (PDMA) informed the court that the higher consumption of grilled fish and BBQ during the winter season was contributing to rising pollution in the city.

The PDMA official informed the court that curtailing markets and putting a check on restaurant timings could help solve the problem of smog in the city.

Justice Shahid Karim, however, did not approve of the suggestion. Instead, he asked authorities to mull over the decision to close schools early for winter vacations from December 20.

The judge also ordered the relevant authorities to continue taking action against violators of traffic rules and to seal those brick kilns which failed to pay fine as ordered by the judicial commission.

Earlier, petitioners’ counsel Azhar Siddique and Sheraz Zaka submitted that the climate change had become a great threat to human life and if the issue was not dealt with on a war-footing basis, future generations would face disastrous consequences.

Lahore schools, offices to remain closed thrice a week due to smog

Last month, the Punjab government issued orders for schools and offices to remain closed thrice during the week in light of the worsening smog situation in the city.

Punjab Relief Commissioner Babar Hayat Tarar, in a notification, stated that the restriction would be in place from November 27 to January 15. The commissioner had said private offices in the provincial capital would also remain shut three days a week.

Schools and offices will be closed on Saturday, Sunday, and Monday, the notification said.