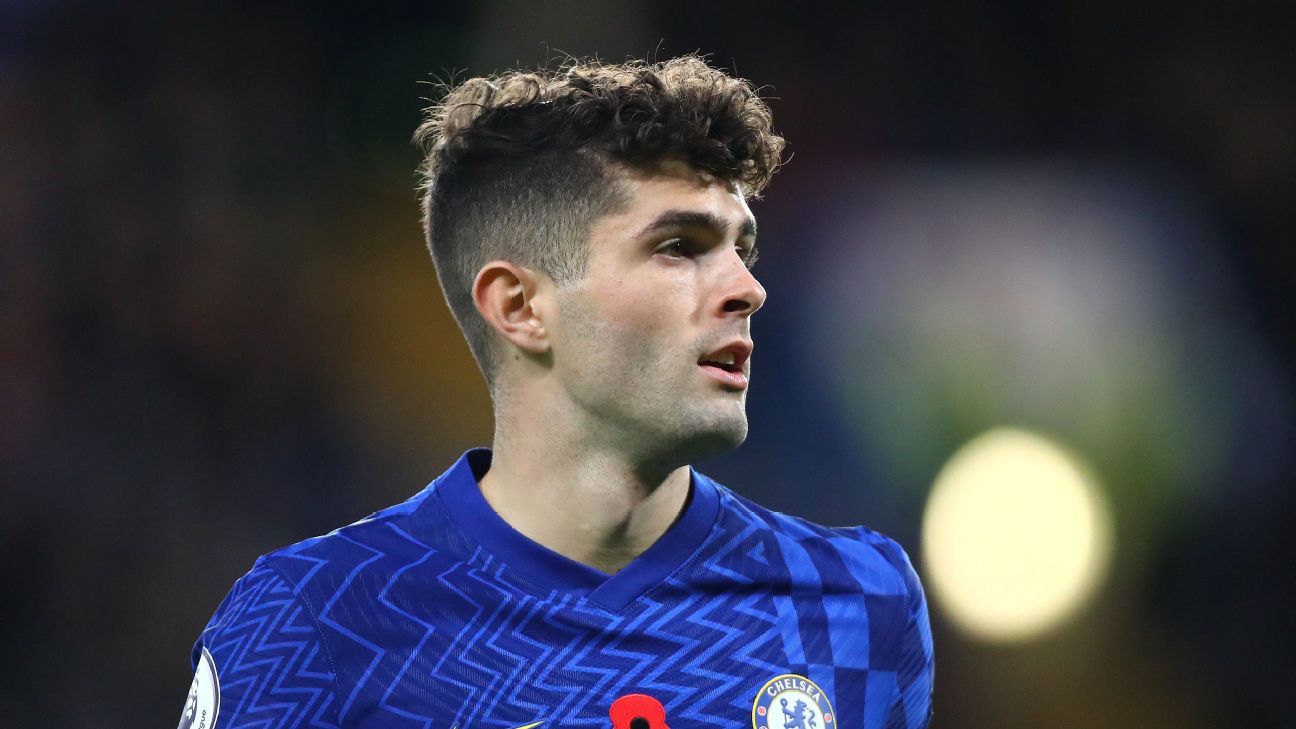 Barcelona are looking to the reigning Champions League victors Chelsea for their latest signings, according to Mundo Deportivo.

There are three specific names mentioned as being of particular interest in the report: Cesar Azpilicueta, Antonio Rudiger and Christian Pulisic.

The Blaugrana will hope to bring in the first two of these names in the summer when their respective contracts with the Blues come to an end, while the latter is somebody they would like to sign on loan in January.

Sergino Dest‘s USMNT teammate has struggled with injuries this season, which has impacted his prominence in a Chelsea team boasting the likes of Mason Mount, Callum Hudson-Odoi, Kai Havertz and Hakim Ziyech.

This means Pulisic is open to an exit, with Barca looking at him as well as Manchester City‘s Ferran Torres.

With Azpilicueta also facing competition at both right wing-back and right centre-back in Thomas Tuchel’s system, it is felt that the Spanish player could be open to a departure from Stamford Bridge — especially with a place in Qatar for the 2022 World Cup for Spain potentially at stake.

Things are different in the case of Rudiger, who is a certain starter in the Blues’ backline, while his also is seen as the most complicated deal to complete.

The Germany international is demanding wages that Barcelona would not be able to afford, with some of Europe’s biggest clubs vying to sign him.

Barcelona also would be interested in Andreas Christensen, but they feel the Denmark international will sign an extension with Chelsea.

11.32 GMT: Bayern Munich will consider a move for Barcelona winger Ousmane Dembele if they cannot agree a new contract with his fellow France international Kingsley Coman, according to Bild journalist Christian Falk.

Coman, 25, has a deal with Bayern that runs until the end of next season, but talks over extending his stay at the Allianz Arena have reportedly reached an impasse over the 2020 Champions League final winner’s wage demands.

Dembele, 24, spent a year in the Bundesliga at Borussia Dortmund, where he scored 10 goals in the 2016-17 season before joining Barcelona for a transfer fee that could rise to €145m following the departure of Neymar from Camp Nou.

Jansson, 30, has caught the attention of bigger Premier League clubs after his performances have helped give the newly promoted Bees hope of staying up this season. After 16 matches, Brentford are 10th in the table with a goal difference of -1, which is only bettered by one club outside of the top five.

The Sweden international is out of contract in the summer, meaning that Brentford may be forced to sanction a transfer in the January window or risk losing him for nothing at the end of the season.

09.43 GMT: Brazil international Gabriel ‘Gabigol’ Barbosa says he is keen to remain at Flamengo despite having offers from other clubs.

The former Inter Milan forward has enjoyed another strong season with Flamengo, scoring 29 goals and setting up nine more in 42 appearances in all competitions.

“I have offers but I have to analyse everything,” he said. “I’m 25, I play for the best team in Brazil… It doesn’t mean that tomorrow I can’t leave. If it’s something good for everyone, it can happen. But I am happy here. I don’t see myself leaving. I found myself as a person.

“Flamengo’s vibe is very good, it’s hard to explain. I like to wear Flamengo’s jersey, I like to go to Maracana, I like to live in Rio.”

Gabigol joined Flamengo in January 2019 on loan from Inter Milan. After helping Flamengo win the Copa Libertadores title, the Brazilian club acquired the player on a permanent transfer in January 2020. Gabigol has a contract with Flamengo until December 2024.

08.51 GMT: Celtic are close to agreeing a deal to sign Kawasaki Frontale’s Reo Hatate, according to Sky.

Hatate, a versatile left-sider who can play at full-back, on the wing or in midfield, is one of several player from the J League that Celtic boss Ange Postecoglu is targeting in the January transfer window.

Postecoglu they will be be as susccessful as Kyogo Furuhashi, who has scored 14 goals for Celtic since joining them in the summer from Vissel Kobe.

The 31-year-old was not present at training on Friday and although the club have refused to specify the exact nature of the incident, a club source told ESPN it is “not COVID related.”

Speaking before kick-off, Arteta said: “[Aubameyang is missing] unfortunately due to a disciplinary breach.

“I think we have been very consistent that we have certain non-negotiables in the team that we have set ourselves as a club, and he’s not involved today.”

Asked if it was a long-term punishment, Arteta added: “It starts today. Certainly it’s not an easy situation, or a situation that we want to have our club captain in.”

Aubameyang, Arsenal’s club captain, has a contract at the club until the end of next season.

– Arsenal are preparing an official bid for Juventus‘ Dejan Kulusevski in January, as has been reported by Nicolo Schira. The Italian giants are asking for between €30 million and €35 million for the Sweden international, who has managed just five Serie A starts this campaign.

– With the agents of Aaron Ramsey and Arthur working on moves away from Juventus — the former having discussions with Everton — the Turin side is looking to bring in another midfielder, reports Calciomercato. Borussia Monchengladbach pair Denis Zakaria and Kouadio Kone are the priorities, while they also are paying attention to Marseille‘s Boubacar Kamara and AS Roma‘s Gonzalo Villar. Meanwhile, Nicolo Rovella could return from his loan spell at Genoa early.

– Chelsea are preparing their new contract offer for veteran centre-back Thiago Silva, writes Fabrizio Romano. It is seen as a “matter of time” before the Brazilian signs his extension with the Blues, as he is loving life with Chelsea and wants to stay, while Thomas Tuchel is “super happy” with him.

– AC Milan are hoping to bring Yacine Adli back from his loan spell with Bordeaux early, reports Calciomercato, with the reason being a mixture of injuries and the upcoming African Cup of Nations limiting numbers in the middle.

When they signed Adli for close to €10 million, it was part of the deal that he would stay until June 2022. However, Milan play Roma, Juventus and Internazionale between Jan. 9 and Feb. 6, so aim to bring him back for what will be a key period for the Rossoneri’s Scudetto hopes.