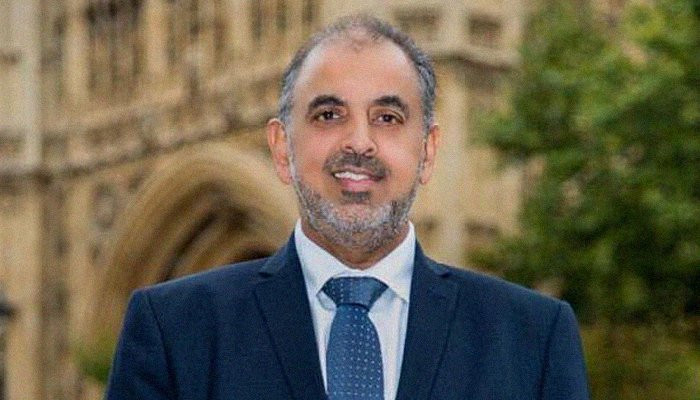 LONDON: Former Member of House of Lords of the United Kingdom Lord Nazir Ahmed announced that he will be appealing against the conviction announced by a jury at Sheffield Crown Court on Wednesday over eight counts of alleged sexual offences against him.

A legal representative of Lord Nazir expressed surprise at the verdict and said that the “verdicts have gone completely against the evidence presented before the jury during the trial at the Sheffield Crown Court.”

He said: “We have instructed our lawyers to appeal against the conviction.”

The court announced that Lord Nazir has been found guilty of trying to rape a girl when he was a teenager in the 1970s. At that time, Lord Nazir and the teenager, who was his first cousin, were in their early teens.

Lord Ahmed was also convicted of a serious sexual assault against a boy during the same period – the teen in this case also Lord Nazir’s first cousin.

The 64-year-old British Kashmiri politician has strongly denied the charges throughout and has said that he has been targeted.

Judge Justice Lavender will decide later when Lord Ahmed will be sentenced.

At the start of the trial, prosecutor Tom Little QC told the court Lord Ahmed had attempted to rape the girl in the early 1970s when the defendant was aged 16 or 17 but she was much younger.

Little said Lord Ahmed claimed the allegations were a “malicious fiction” but a phone recording of a conversation between the two victims showed they were not “made-up or concocted”.

The call was made by the woman after she went to the police in 2016. The charges against Ahmed related to two complainants — a boy and a girl — and to alleged incidents between 1971 and 1974, when he was a teenager.

Lord Nazir’s case had many turns and twists. After being charged the case started for the first time in March 2019, and then it collapsed in March 2020, when the jury was discharged halfway through.

There was no verdict on the allegation as the judge decided to permanently stay the trial due to the failure of the police and the crown prosecution service.

Lord Nazir’s legal team argued that the whole process of investigation was abused and steps were taken to deprive Lord Nazir of a fair trial.

And the Sheffield Crown Court Judge Jeremy Richardson QC accepted that and he said in the ruling that the crown prosecution was responsible for the lamentable failures.

Lord Nazir’s team told the court that there were delays, procedures were manipulated, the crown prosecution failed to investigate properly and failed to disclose key information, evidence was contaminated, and the defendant was subjected to one-sided media scrutiny.

The court heard that the complainant was very close to Lord Nazir’s three grown-up children and reported Lord Nazir to the police in 2016 after Ahmar Nazir reconciled with his father and “that she was going to lose contact with the children she adored”.

The defence said that there was an unjustifiable delay in the reporting by the accuser to the police and that she had deliberately chosen when and how to report.

The court was informed that the complainant and her brother had not spoken to each other for two decades and then they had an emotional call which was recorded.

Lord Nazir’s lawyers alleged that the police officer involved encouraged the complainant to record the telephone conversation. The police had this conversation but didn’t disclose it to Lord Nazir.

Lord Nazir’s defence team said from the outset that inheritance from their mother (who died in 2013) and financial gain was the motive behind these false allegations.

It also emerged that the female complainant and her brothers met each other after making the complaint and discussed their evidence and defence which they should not have done while the case was going on.

The case collapsed and the crown prosecution then appealed for a retrial, which the court accepted.

It is believed that the accusers of Lord Nazir are his relatives. It’s understood that Lord Nazir and his family have been involved in family disputes with their relatives over property and family affairs.

Ahmed was born in Mirpur, Azad Kashmir, but his political roots are in Rotherham, where he grew up and still lives. He joined the Labour Party at 18 and served for a decade on Rotherham Metropolitan Borough Council as a councillor before becoming the House of Lords member in 1998.