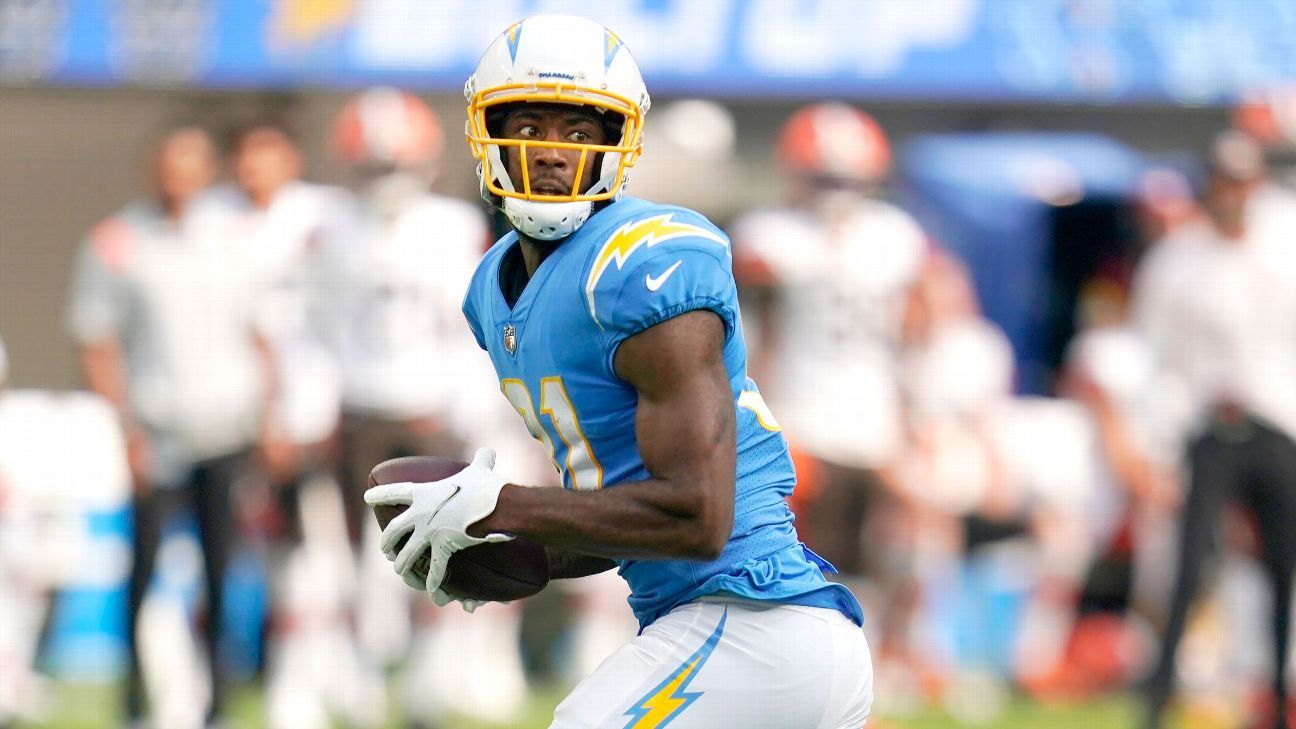 The Los Angeles Chargers could be without both of their top receivers heading into Sunday’s game against the New York Giants.

Mike Williams, who is second on the team with 854 receiving yards and is tied for the team lead with seven receiving touchdowns, was placed on the team’s reserve/COVID-19 list Wednesday along with cornerback Chris Harris Jr.

Keenan Allen, the team’s leading receiver with 86 receptions and 929 yards, was put on the list Monday.

Harris, in his 11th season, has two tackles and one interception for the Chargers this season.

Los Angeles (7-5) is in second place in the AFC West standings and holding the AFC’s second wild-card spot.

The Chargers have had a recent run of COVID-19 cases. Defensive tackle Linval Joseph remains in league protocols, and defensive linemen Jerry Tillery and Christian Covington and linebacker Drue Tranquill missed at least 10 days last month. Linebacker Joey Bosa sat out five days and had to test negative before the Nov. 21 game against the Pittsburgh Steelers because he was an unvaccinated close contact.