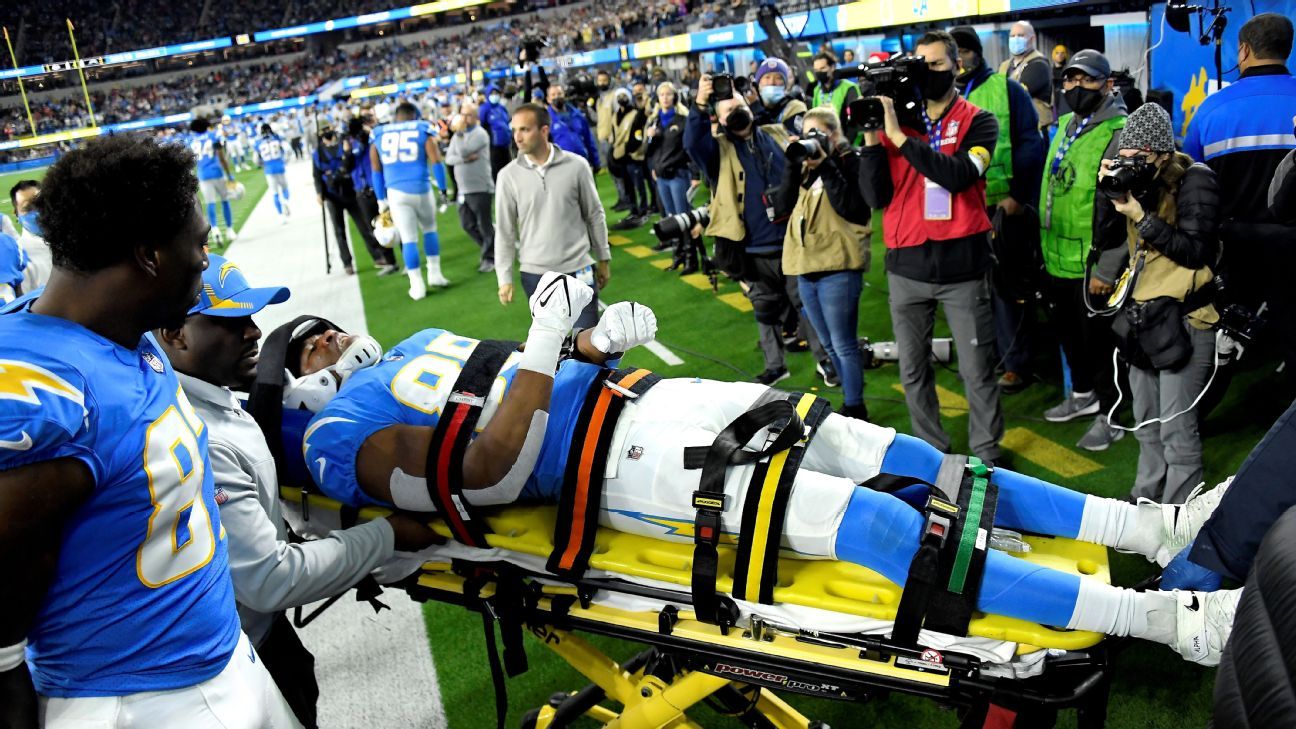 Los Angeles Chargers tight end Donald Parham Jr. is in stable condition and being evaluated for a head injury at a local hospital after hitting the back of his head on the SoFi Stadium turf while attempting a catch in the end zone in Thursday night’s overtime loss to the Kansas City Chiefs.

Parham was attempting to catch a pass from quarterback Justin Herbert on fourth-and-goal early in the first quarter. He remained down for several minutes, with trainers removing his helmet and putting him in a neck brace before wheeling him off on a stretcher.

Parham appeared to be breathing heavily and looked as if he was trying to raise his hands as his teammates and head coach Brandon Staley circled around.

He was ruled out for the game and taken to Harbor-UCLA Medical Center, where he is undergoing tests, imaging and evaluation for the head injury, according to the team. The Chargers said he is in stable condition.