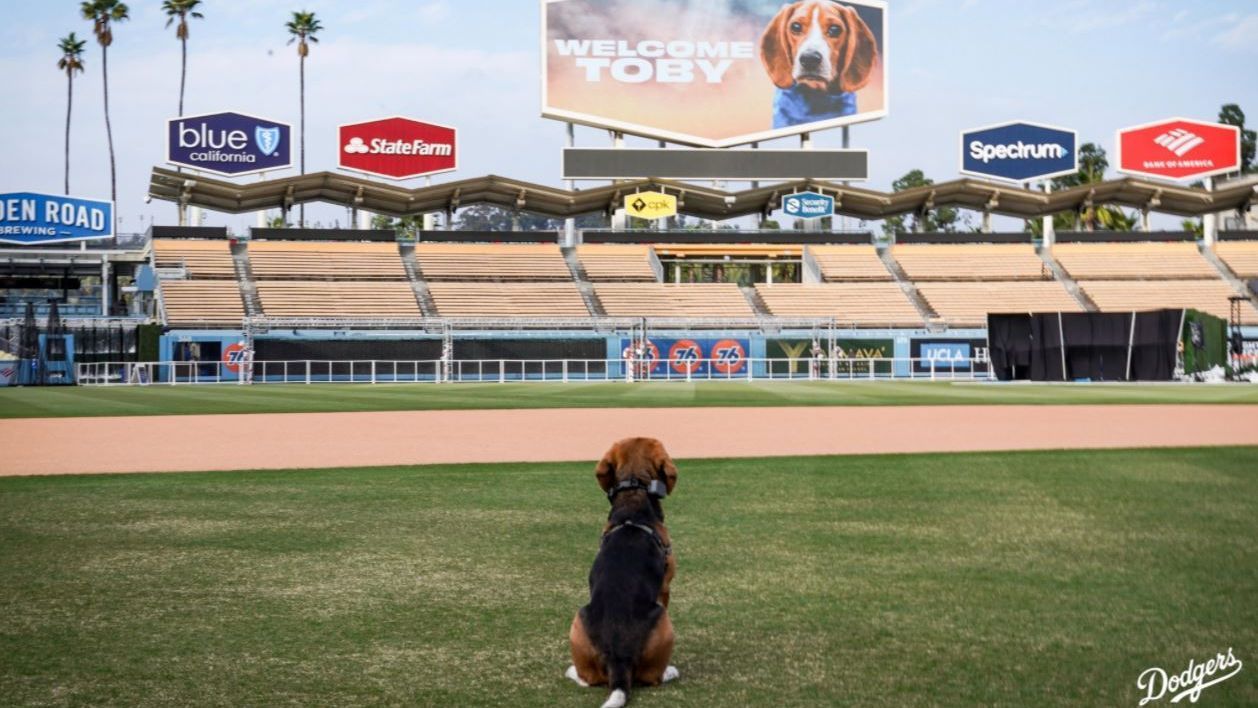 Always look out for the people (and canines) who hold you down. This is a rule of life that the Los Angeles Dodgers‘ organization has down pat, as exhibited by a recent surprise they bestowed on their faithful four-legged friend, Toby.

During the pandemic, Toby, a beagle with an affinity for watching Dodgers game, gained popularity when his owners shared video of him supporting Mookie Betts & Co. alongside his dad.

The Dodgers were touched by the dog’s dedication and reached out to Toby’s owners to send him a gift as a token of appreciation for his fandom.

But the gift never arrived.

So the Dodgers went above and beyond to rectify the situation — they brought Toby to Dodger Stadium for a once-in-a- lifetime experience that would make most any fan envious.

Our package never made it to Toby, so we wanted to make it up to him with a VIP (Very Important Pup) experience at Dodger Stadium. pic.twitter.com/3jjsHFhoh8

If being chased on the ballfield while his name is illuminated the DodgerVision boards weren’t exciting enough, Toby also got to visit the press box, interview room, clubhouse, weight room and dugout.

The shot of Toby looking stoic in front of a portrait of Vin Scully? Particularly enchanting.

The Dodgers also made sure Toby got his long-awaited gift basket. It included a year’s supply of dog food and treats from Lucy Pet Foods, an autographed Orel Hershiser baseball, dog toys, baseballs, a customized Toby jersey, a Los Dodgers hat, shirt and hoodie, a replica World Series ring with a mini trophy, and baseballs.

Toby will return to Dodger Stadium next season as a distinguished guest at the annual “Pups at the Park” event. Until then, the beagle and his plus-ones will undoubtedly be basking in the aftermath of his big day.