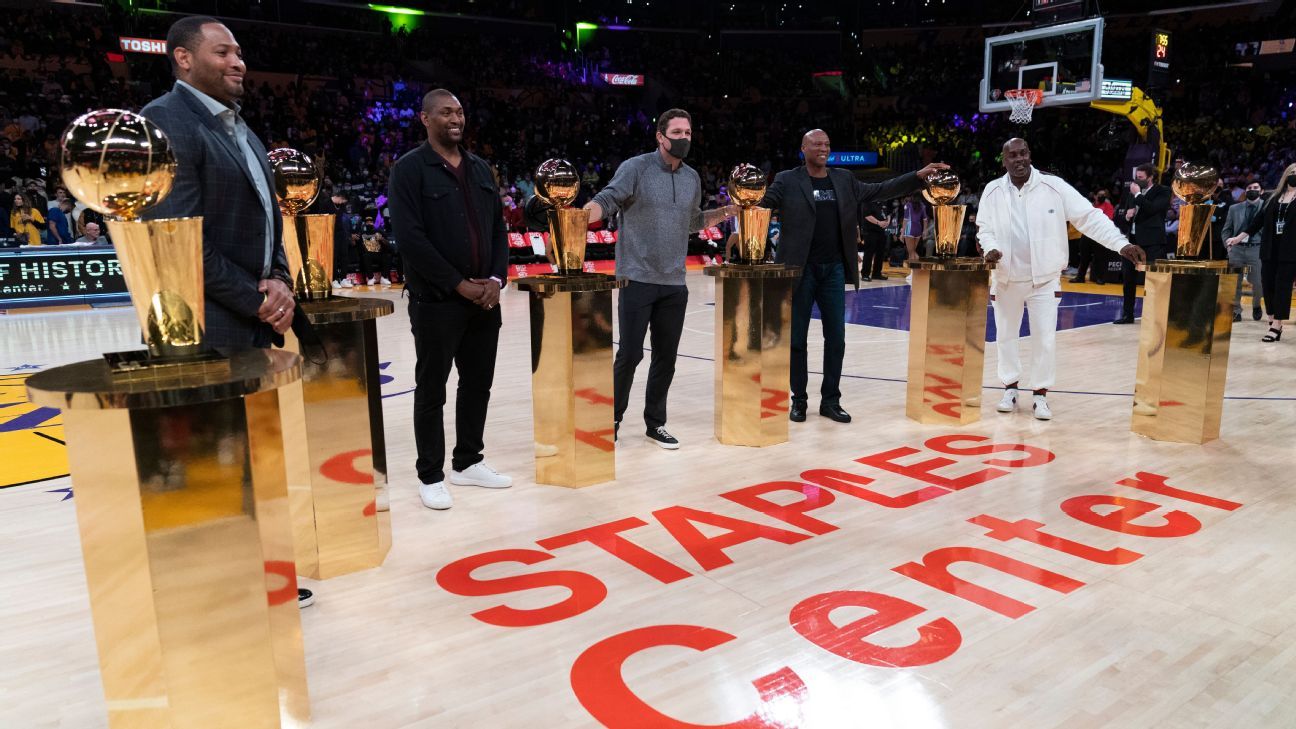 LOS ANGELES — Fans at Thursday night’s game between the Los Angeles Lakers and the San Antonio Spurs commemorated the arena known for more than 22 years as Staples Center at its final event before it will be christened as Crypto.com Arena on Saturday.

“Staples,” as it was known colloquially in Los Angeles, became synonymous with the Lakers’ championship teams headlined by Kobe Bryant, Shaquille O’Neal and Pau Gasol and coached by Phil Jackson. The Lakers won the NBA championship each of their first three seasons at Staples Center, and won three additional titles while calling the building home.

At halftime of the Lakers’ game against San Antonio, the team held player introductions for former Lakers Gary Payton, Byron Scott, Luke Walton, Metta Sandiford-Artest and Robert Horry, as each trotted out to stand amid six trophies each resting on a plinth on the court.

Staples Center also hosted three NBA All-Star Games whose MVPs were O’Neal, Bryant and LeBron James, respectively. The 2011 All-Star Weekend featured LA Clippers forward Blake Griffin’s storied dunk over a car on All-Star Saturday. In addition, Bryant’s 81-point milestone in 2006 as well as his 60-point performance in his final NBA game in 2016 took place on the hardwood at Staples Center.

AEG Worldwide, the owner of the arena that has housed the Lakers, Los Angeles Clippers for the past 20 years, sold the naming rights to office-supply giant Staples in 1997 for $116 million for a term of 20 years that began when the arena opened its doors in downtown Los Angeles in 1999.

The building will be rebranded as Crypto.com Arena on Christmas Day, when the Lakers face the Brooklyn Nets (8p, ESPN). The Singapore-based cryptocurrency platform purchased the rights from AEG for $700 million over 20 years, according to multiple reports.