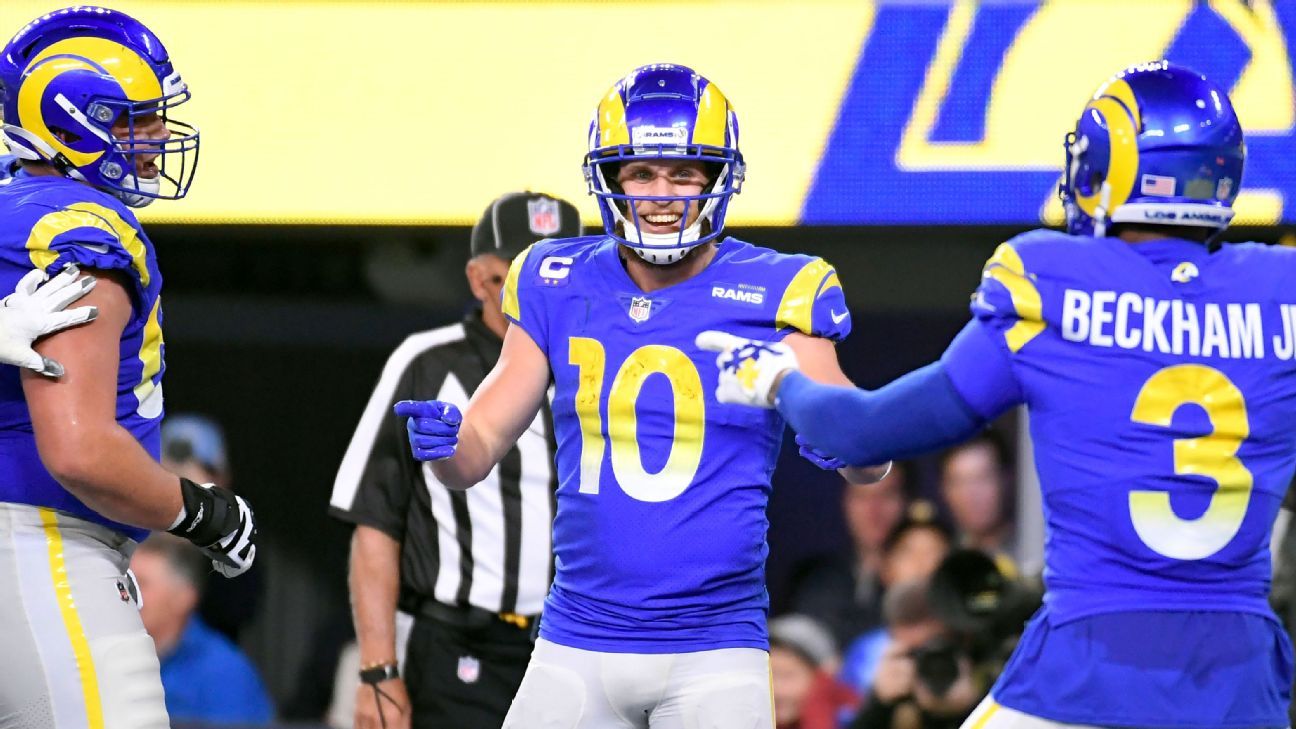 A chaotic week that coach Sean McVay described as worse than mind-numbing ultimately resulted in a victory for the Los Angeles Rams.

Despite placing up to 29 players on the reserve/COVID-19 list over the past 10 days, and playing Tuesday night without three starters, the Rams defeated the division rival Seattle Seahawks 20-10 at SoFi Stadium in a game the NFL rescheduled from Sunday due to the Rams’ coronavirus outbreak.

With the win, the Rams improved to 10-4 and moved into a tie with the Arizona Cardinals (10-4) for first place in the NFC West with three games remaining in the regular season.

The Seahawks also were short-handed and without nine players on the reserve/COVID-19 list, including receiver Tyler Lockett and cornerback D.J. Reed. Cornerback Bless Austin started in Reed’s absence and was charged with two costly defensive penalties that aided the Rams’ winning effort.

Rams quarterback Matthew Stafford overcame an uneven start to complete 21 of 29 passes for 244 yards and two touchdowns, with an interception.

Receiver Cooper Kupp continued to make a case for NFL Offensive Player of the Year. He caught nine passes for 136 yards and two touchdowns, setting a Rams single-season record with 122 receptions on the season. Kupp’s 14 touchdown receptions are the second-most in a season in Rams history behind Elroy Hirsch, who had 17 in 1951.

Despite Darrell Henderson’s activation from the reserve/COVID-19 list, running back Sony Michel started a third consecutive game and proved to be an offensive catalyst as he broke tackles on several physical runs and rushed for 92 yards on 18 carries.

Defensively, the Rams kept the pressure on quarterback Russell Wilson, who completed 17 of 31 passes for 156 yards, with an interception.

The Rams sacked Wilson three times, and Miller recorded his first sack since the Rams traded for him ahead of the deadline last month as the 10th-year pro ended a seven-game sack drought, the longest of his career.

Safety Taylor Rapp intercepted a pass from Wilson to close out the game.

The Rams must now turnaround on a short week and travel to Minnesota where they will face the Vikings (7-7) on Sunday at U.S. Bank Stadium.