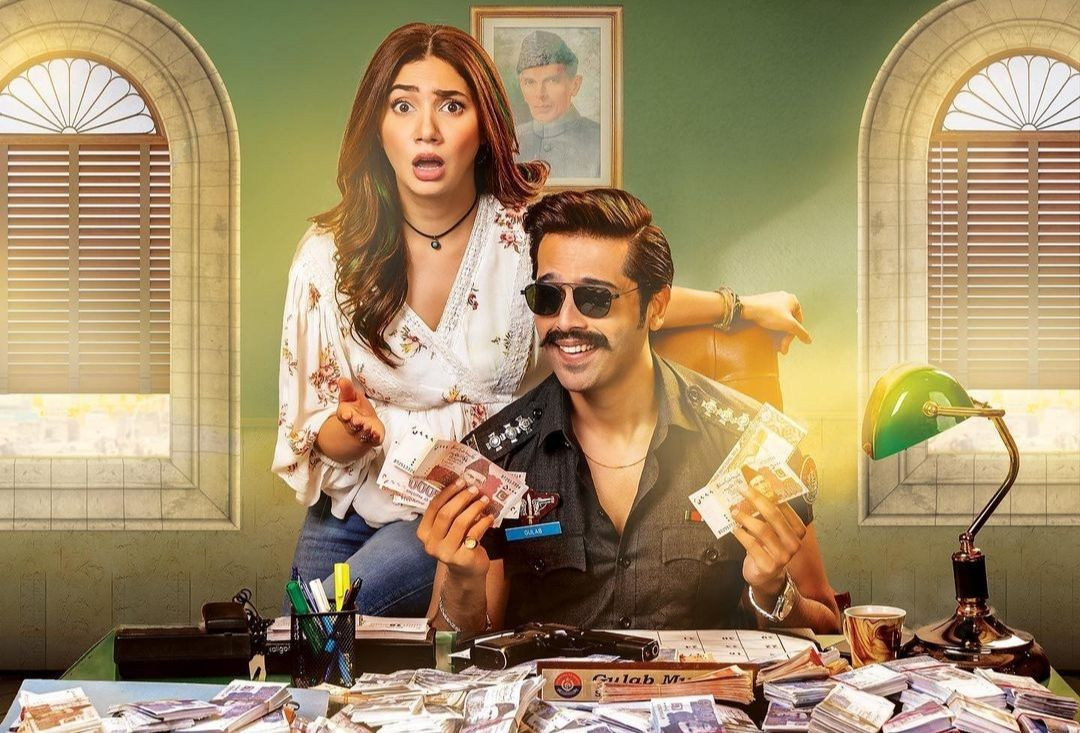 Director Nabeel Qureshi’s crime comedy Quaid e Azam Zindabad has finally been given a release date, with the film set to premiere on Eid ul Azha in 2022, which will fall in early July.

The official trailer of the Fahad Mustafa and Mahira Khan starrer was released in October 2020. While not revealing much about the plot, the teaser gave audiences a glimpse of the action-packed sequences the film sets to offer.

The teaser opens up with, Mustafa channelling his inner Chulbul Pandey, making his way as the no-nonsense cop on the scene. Not to be overshadowed in any way, Khan’s character also seems to be more than just a damsel in distress, with her being an equal part of the action as is Mustafa. In one instance, fans see the Superstar actor fending off enemies with dual pepper sprays.

Keeping up with the title, at many instances, the teaser shows bundles of cash with Quaid e Azam’s face being shown prominently. The Quaid’s picture is also shown otherwise, and in another scene, the Na Maloon Afraad actor is seen staring at it and having a moment of epiphany. The only dialogue the audience hears is Mustafa saying,”Jaantey ho noton pey Quaid e Azam ki tasveer kyun hai, (Do you know why do notes have a picture of Quaid e Azam.”

On working with Mustafa for the first time, Khan shared in a previous interview, “I really wanted to work with him but there just wasn’t any time. I can’t even begin to tell you the number of projects the two of us have been offered together but the timing has never been right.”