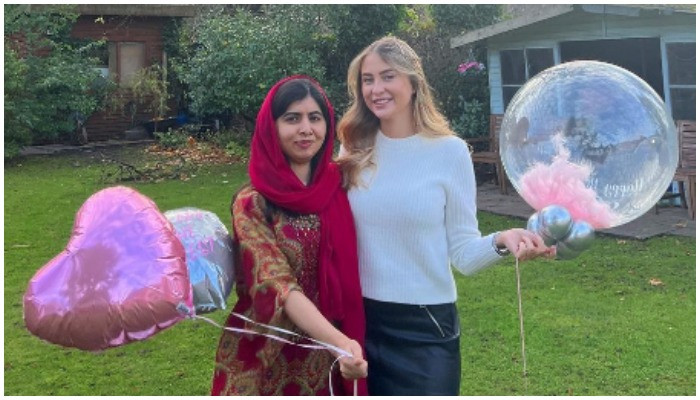 The women’s education advocate shared five pictures with her best friend, Eellen Hahn, and filled the post caption with emotions expressing the bond between the two young women.

Two of the shared pictures were from Hahn’s birthday party, in which Malala could be seen holding hands with the birthday girl and posing behind a cake, while the other is taken outdoors, where the duo is holding balloons.

The rest of the pictures include one from Malala’s nikkah ceremony, one seemingly from a group study session and the third from a casual meet up.

Malala recalled her school days when she wished a happy birthday to Hahn for the first time and became friends with her.

“I remember wishing you your 15th birthday when we became friends in school but feels like it was yesterday,” she wrote.

Malala went on to say that she cherishes every moment they have spent together at every stage of life and the time they spent growing up together as besties.

She says that she can’t wait to celebrate several more birthdays with Hahn until it’s her 100th, and jokingly hopes that she is alive by then.