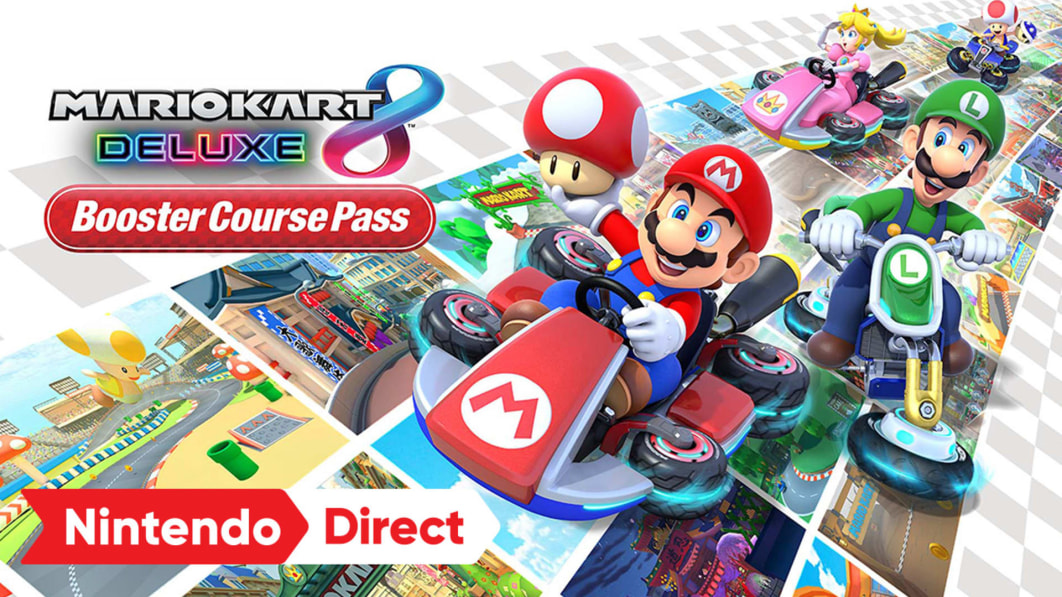 ‘Mario Kart 8 Deluxe’ is getting a surprise new DLC

During this week’s Nintendo Direct, an online presentation series that Nintendo puts on a few times a year, we got some very surprising “Mario Kart” news. In lieu of an “MK 9” announcement, the sequel that fans have been clamoring for since the 2014 release of “Mario Kart 8” on Wii U, we learned that the company will instead be releasing a huge DLC pack for “Mario Kart 8 Deluxe” on the Switch. While it’s not the “Mario Kart 9” reveal fans have been waiting for, it’s arguably just as good. The new DLC is called the Booster Course Pass and will add an additional 48 remastered tracks to the already stacked “MK 8 Deluxe” roster, doubling the overall amount of tracks in the game. The new tracks will be rolled out slowly over the next two years, with 6 “waves” of content drops including 8 new tracks each. The first 8 tracks are set to drop on March 18 and will include the following classic courses:

You’ll be able to purchase the Booster Course Pass for a super reasonable $25 or, if you’re a subscriber to “Nintendo Switch Online + Expansion Pack” (Nintendo, we’ve gotta work on these product names) then you’ll be able to enjoy all the new courses as part of your subscription for no additional cost. If you have a Switch and somehow still haven’t yet experienced Mario Kart 8 Deluxe, you can pick up a copy for yourself right here.

In more Nintendo Direct news, we got a closer look at the upcoming open-world Kirby game, “Kirby and the Forgotten Land.” If you’re not hip to the pink puffball, Kirby’s main gimmick is that he sucks up enemies, seemingly swallows them, and then absorbs some of their abilities to use against any other baddies. In the character’s latest outing, however, it seems that he’ll be unlocking a new move which the creators have deemed “Mouthful Mode.” When using Mouthful Mode, Kirby can attempt (and fail) to swallow objects much bigger than he’s been used to in previous games, like vending machines, traffic cones, and you guessed it, even vehicles. The look of the character while in this mode is somewhere between classically cute and nightmare fuel, but regardless, it looks like a fun game mechanic and we’re excited to drive around a Kirby car when the game releases on March 25 this year.

Sony announced this week during the Race Together event that it’s been working on a shiny new racing AI for “Gran Turismo” named “Sophy.” This isn’t your standard racing bot available in most modern racers, but rather a real breakthrough in artificial intelligence technology that the team has even gone so far as to call “revolutionary.” Sophy has been trained on “GT Sport” and it’s already absolutely stomping the best players in the world in dev tests. Although this is potentially an exciting step forward for AI racing technology, it sounds like it still needs to be perfected before it debuts in-game. In a post written by Michael Spranger, COO of Sony AI, he says that “Sony AI and PDI will explore how to integrate GT Sophy into future releases of the Gran Turismo series,” which sure makes it seem like most players won’t get to race against Sophy for a while. If you’re interested in learning more, check out the video below.