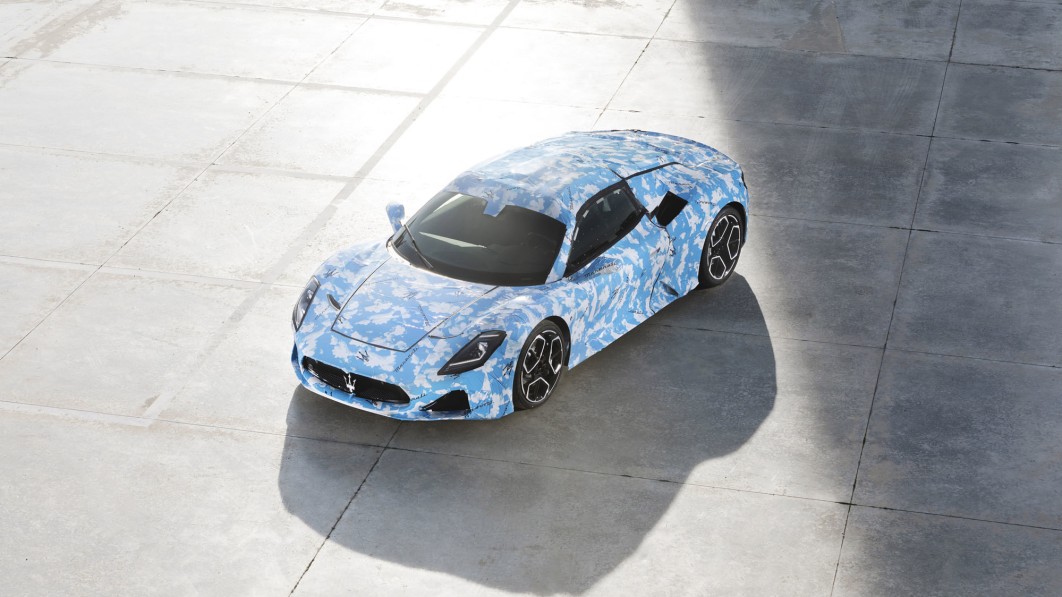 Winter is officially here, but Maserati is already looking forward to warmer temperatures and more driving-friendly weather. It released the first official photos of the MC20 Cabrio, which is exactly what it sounds like: a convertible version of the recently-launched MC20 coupe.

Maserati likes having fun with the camouflage it uses to cover its pre-production prototypes, it notably dedicated an early MC20 test mule to Stirling Moss, and it designed a cloud-themed wrap specifically for the MC20 Cabrio. Unfortunately, whether it features clouds or swirls, the camouflage does an excellent job of hiding key details and the photos ask more questions than they answer. For example, we know that this is a convertible but there’s no word yet on whether it will have a power-folding cloth soft top or if it will be fitted with a removable roof panel.

Roof aside, the Cabrio looks nearly identical to the coupe, which isn’t a bad thing; we think the MC20 is one of the best-looking cars that Maserati has released, and its exterior design will influence other additions to the company’s range, including the Grecale crossover. Both the coupe and the convertible are built around the same carbon fiber monocoque, and we’re guessing that there won’t be major drivetrain differences between the two body styles. Power for the Cabrio will come from a mid-mounted, 3.0-liter V6 that’s twin-turbocharged to develop 621 horsepower and 538 pound-feet of torque. Called Nettuno, it spins the rear wheels via an eight-speed automatic transmission.

More details about the Maserati MC20 Cabrio will emerge in the coming months. Sales should start for the 2023 model year.