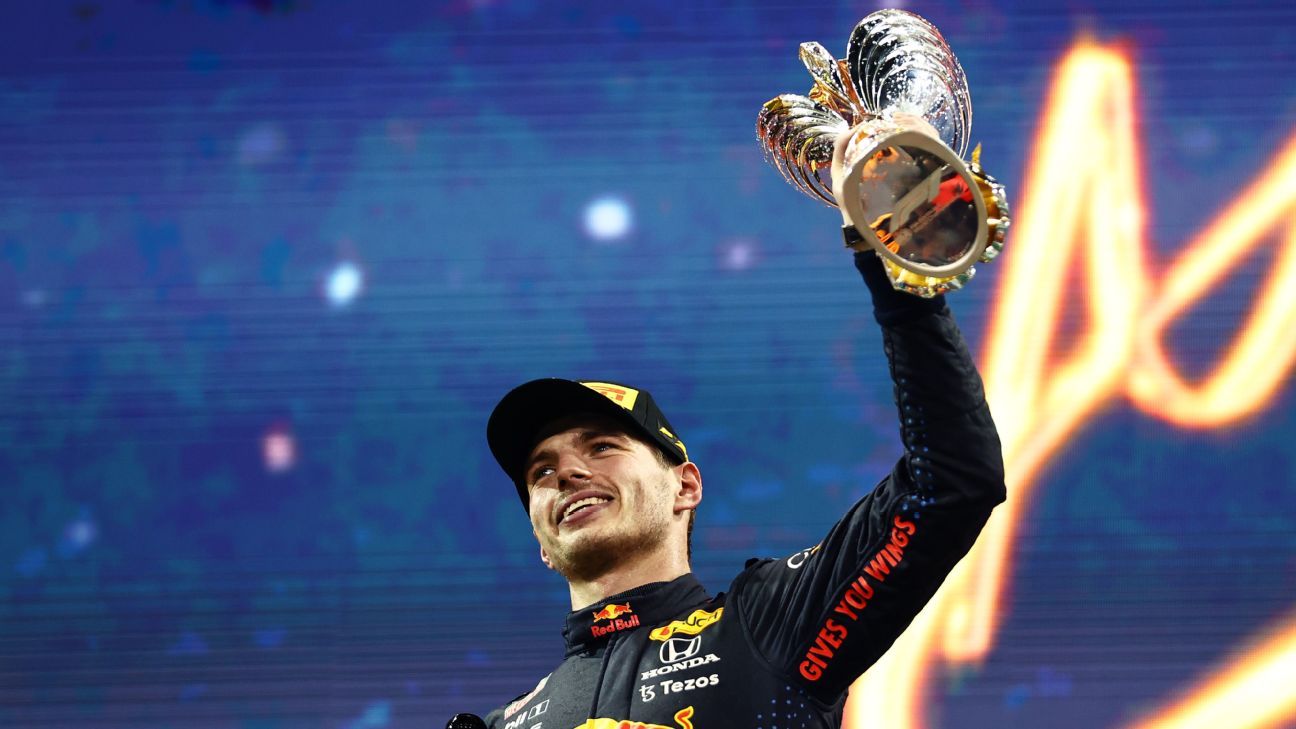 Verstappen became the first Dutch champion in history and the first Red Bull driver to win a title since Sebastian Vettel in 2013. Verstappen’s title snapped a run of four straight championships for Hamilton, who is still searching for a record eighth championship.

The finish of the race was an unbelievable end to one of the most dramatic F1 seasons ever.

Verstappen appeared to have lost out to Hamilton until a crash by Nicholas Latifi triggered a Safety Car on Lap 52 of 58. The race restarted on the final lap of the race, and Verstappen caught and passed the Mercedes of Hamilton, who was struggling on worn tyres with less grip, to snatch the lead, the race victory and the world title.

The decision to restart the race was controversial, with FIA race director Michael Masi seeming to crumble under pressure from Red Bull boss Christian Horner to let lapped cars overtake the Safety Car in order to move Verstappen behind Hamilton for the restart.

Horner asked Masi: “Why aren’t we getting these cars out of the way? We only need one racing lap.”

Shortly afterwards, the FIA confirmed lapped cars would be able to pass the Safety Car, bringing Verstappen right up behind his rival.

When the Safety Car came in and the race restarted, Hamilton was powerless to stop Verstappen, who was racing on new tyres.

Verstappen screamed, “Oh my God, oh my God” on the radio as he won, later saying to his Red Bull team over the radio: “It’s insane … can we do this for another 10 or 15 years together.”

Hamilton, denied an eighth championship, embraced and congratulated Verstappen after they climbed out of their cars.

As Verstappen and Red Bull celebrated the incredible final lap, Mercedes boss Toto Wolff was screaming at Masi over the radio at what had transpired.

“Michael! Michael! You have to go back a lap,” Wolff said, saying the results should count from only the lap before the Safety Car came in.

Earlier in the race, it was Red Bull that was complaining bitterly to Masi after a controversial first-lap incident, when Verstappen attempted to pass Hamilton, who went off track and appeared to gain an advantage. Race control decided against any further investigation.

It brought an acrimonious season to a fitting conclusion, with Hamilton and Verstappen having clashed a number of times over the course of the season.