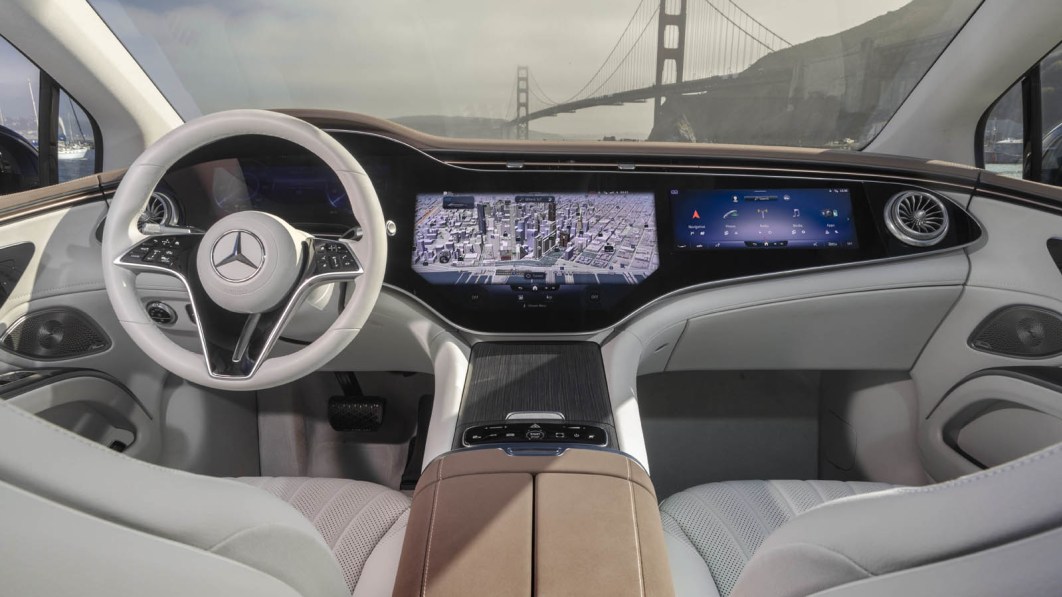 Mercedes-Benz is recalling a handful of EQS and S-Class models over a software glitch that lets motorists watch television while they’re driving. The cars included in the recall are equipped with the MBUX infotainment system that’s displayed on a massive touchscreen.

Assigned recall number 21V-931, the campaign affects about 227 examples of the EQS and the S-Class built between December 8, 2020, and October 13, 2021. It’s small, but the safety implications are significant. Mercedes-Benz notes that the cars included in the recall are equipped with software that’s incorrectly configured to let motorists access digital content, like television streaming and the owner’s manual, while driving. This can only happen when the driver has an active Mercedes Me account that’s connected to the infotainment system.

Watching your favorite television show while cruising is one way to define “driver distraction” and it can increase the risk of an accident, though Mercedes-Benz notes that there have been no reports of someone taking advantage of the glitch to pass the time on a cross-country trip. It adds that it is not aware of crashes or injuries caused by the issue, and that it launched the recall campaign voluntarily.

The Stuttgart-based firm has already updated the software on the server that links the potentially affected cars in the United States. That means the glitch has been disabled and owners of EQS and S-Class models will not need to stop by a dealer for a software update.

Mercedes-Benz isn’t the first carmaker to discover the risks of packing a growing number of tech features (and a growing number of ever-bigger screens) into its cars. Earlier in 2021, the National Highway Traffic Safety Administration (NHSTA) announced that it’s looking into reports that Tesla’s infotainment system allows motorists to play video games, including Solitaire, while they’re supposed to be driving.