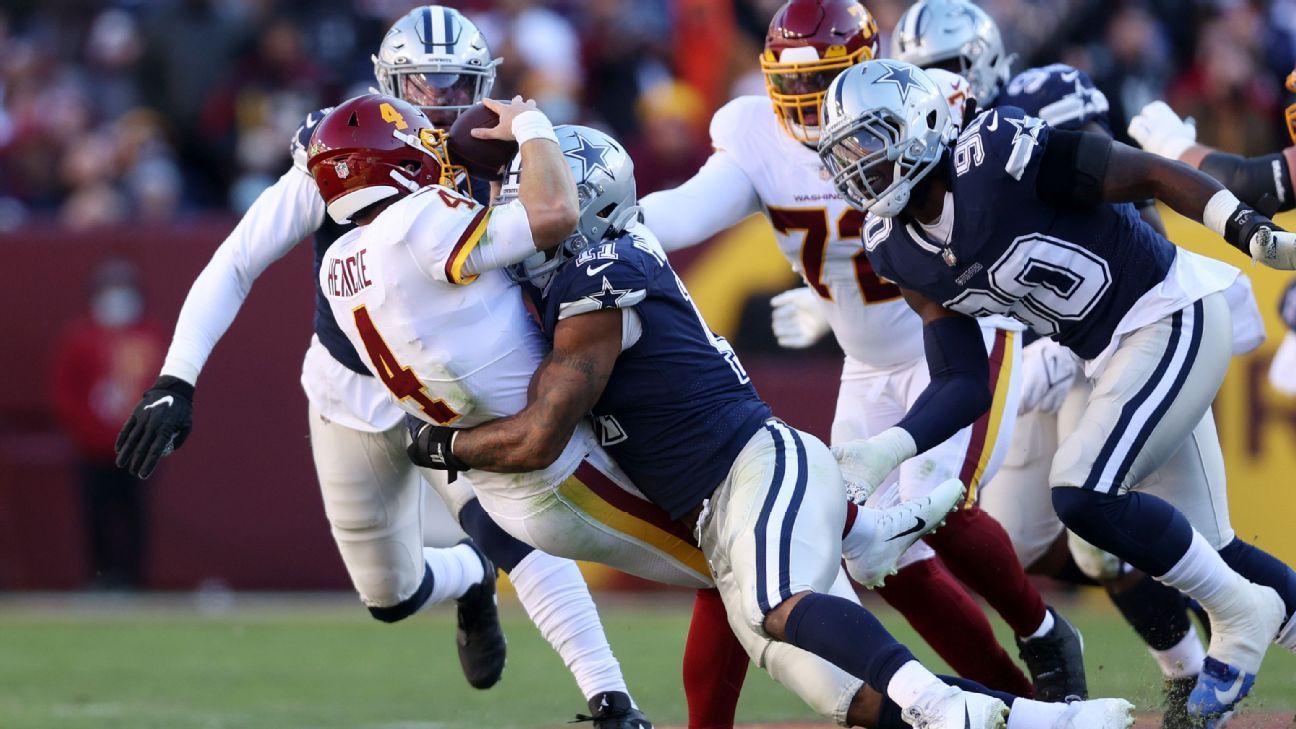 LANDOVER, Md. — The Dallas Cowboys were almost giddy about having DeMarcus Lawrence, Randy Gregory and Micah Parsons on the field together for the first time since the season opener.

In the first quarter against the Washington Football Team, Gregory and Parsons made huge plays that helped the Cowboys gain an 18-0 first-quarter lead.

Gregory, who missed four games with a calf strain, came up with a play for the ages that the Cowboys were able to turn into a Dak Prescott touchdown pass to Amari Cooper for an 11-0 lead against the Washington Football Team after an Ezekiel Elliott 2-point conversion.

Gregory’s first career interception will be remembered for a long time.

On third-and-10 from the Dallas 37 after a Prescott interception, Washington quarterback Taylor Heinicke tried to float a pass to his left, but Gregory was able to deflect the ball in their air, spin in the opposite direction and come down with the pick.

He gained another 13 yards on the return and the Cowboys had the ball at the Washington 41. Four plays later Prescott had his 24th touchdown pass of the season.

It was the 20th interception for the Cowboys of the season, tying for the most they have had this century. They had 20 in 2010. These Cowboys have four more regular-season games left to play after Sunday.

On the next series, Parsons dropped Heinicke for a 17-yard sack, forced the ball free that Dorance Armstrong returned 37 yards for a touchdown with 29 seconds left in the quarter.

It was Parsons’ 11th sack, adding to his team rookie record for sacks in a season, and the Cowboys’ fifth defensive touchdown of the season, most in the league. Parsons has had a sack in six straight games, tying for the second longest streak by a rookie since sacks became an official stat in 1982. Jevon Kearse had an eight-game streak in 1999.

Tipped it to himself and PICKED. What a play by Randy Gregory! #DallasCowboys