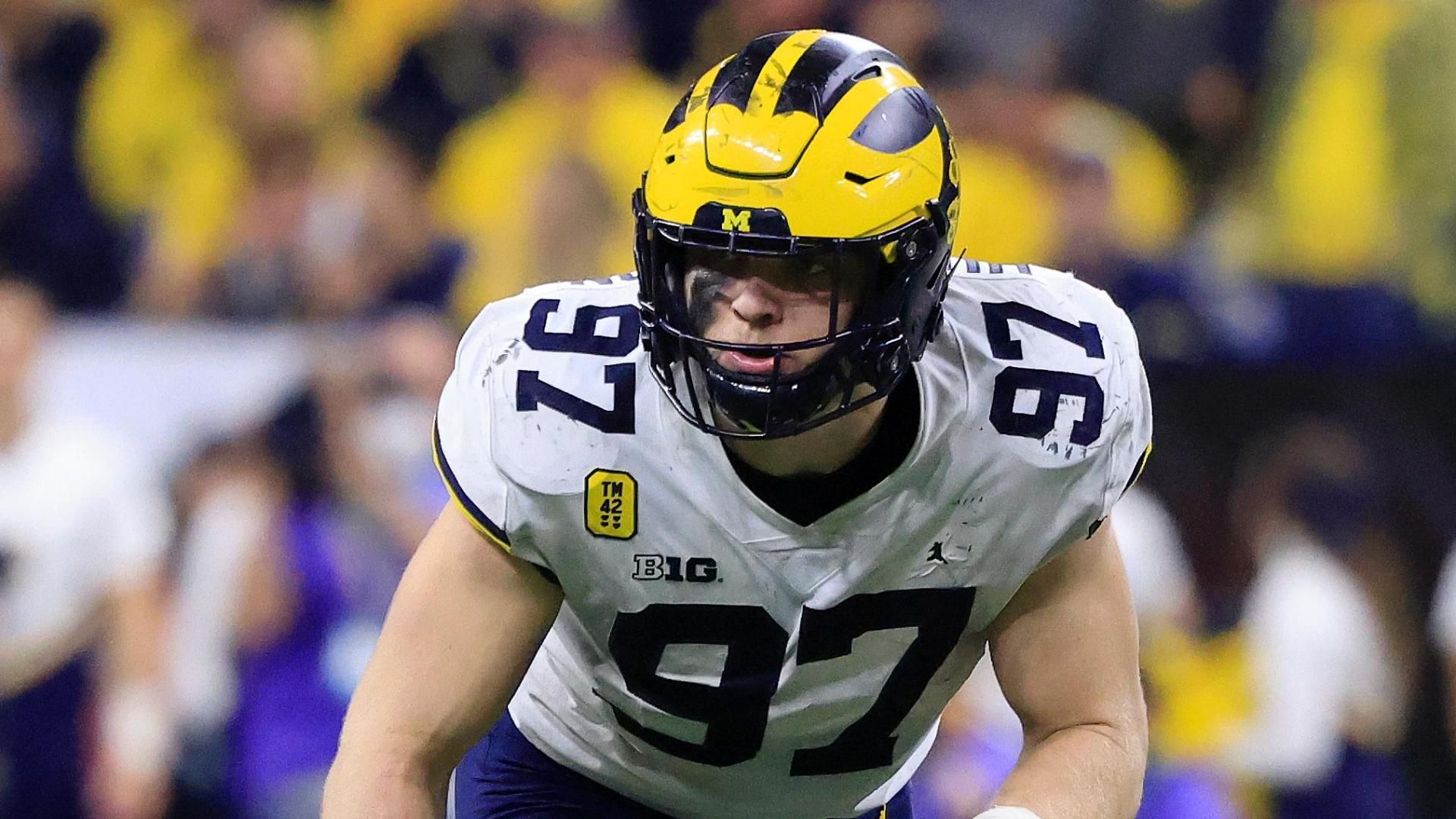 Michigan defensive end Aidan Hutchinson, the projected No. 1 selection in the 2022 NFL draft, announced Wednesday that he will be leaving the Wolverines program to turn pro.

Hutchinson was the Heisman Trophy runner-up in 2021, becoming the third defensive player to finish second in the history of the award. He was also a consensus All-American and the Lombardi Award winner, which is given to the top lineman in the nation.

“My Michigan legacy is complete, and it was truly the best time of my life,” Hutchinson said in a statement posted to Twitter on Wednesday. “Onward and upward to the 2022 NFL draft. Thank you for everything, Wolverine nation and beyond.”

In his post, Hutchinson also highlighted the importance of Michigan snapping an eight-game losing streak to Ohio State this season.

“I spent years visualizing the actual moments that unfolded in my final season at Michigan,” he said. “November 27, 2021 was 10 years in the making and could not have been a more unforgettable night with my brothers. They proved with me time and time again this season that nothing is impossible and 2% is still 2%. I will relive all those glorious moments for the rest of my life and forever be grateful to my team for joining me in giving everything we had.”

In 2021, Hutchinson recorded 62 total tackles, including 16.5 tackles for loss, and 14 sacks, which was a Michigan record for a single season. Hutchinson also deflected three passes, forced two fumbles and recovered one.