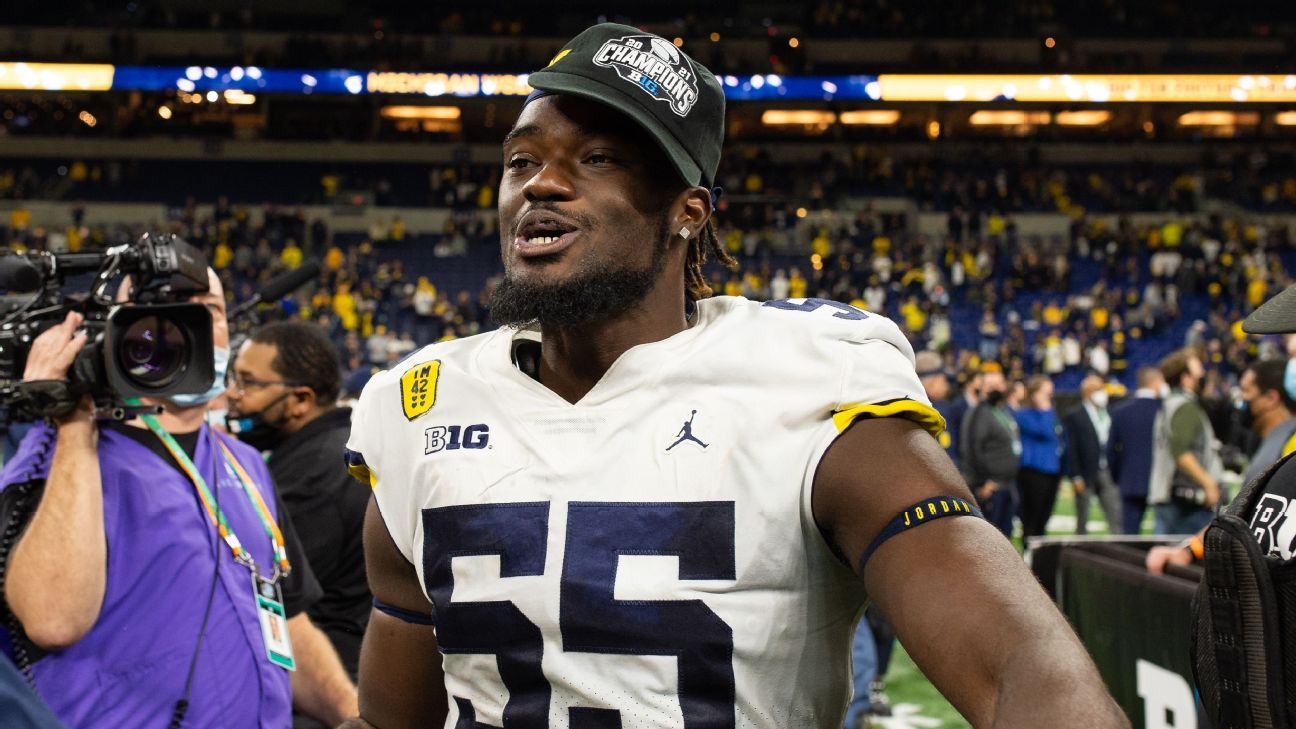 Michigan linebacker David Ojabo declared for the NFL draft on Tuesday, after three seasons with the Wolverines.

Ojabo was part of a dominant pass rush for Michigan this season, tallying 11 sacks, 12 tackles for loss and 35 total tackles. He combined with defensive end Aidan Hutchinson to help turn the Wolverines defense and season around in 2021, and is now projected as a potential first-round pick in the upcoming NFL draft.

The 6-foot-5, 250-pound junior was born in Aberdeen, Scotland, and only started playing football his junior year of high school after he moved to the United States. Despite only playing two years of high school football, Ojabo was ranked as the No. 282 recruit overall in the 2019 class out of Blair Academy in New Jersey.

Ojabo didn’t see game action in 2019, his freshman season, and played in six games during the 2020 season. He only accounted for one tackle in his first two seasons, before having a breakout season in 2021.