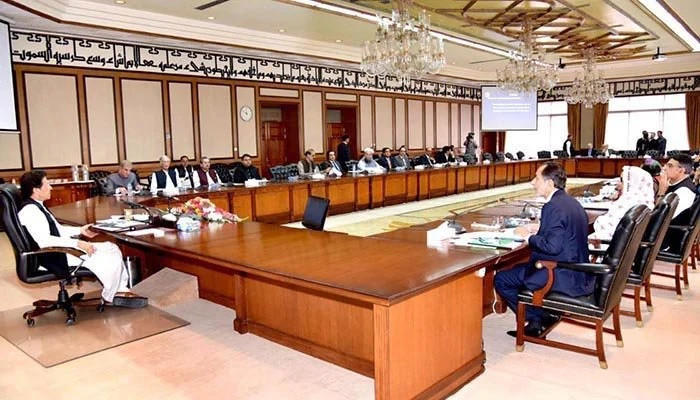 The mini-budget prepared by the Federal Board of Revenue (FBR) is likely to be presented before the federal cabinet meeting today (Tuesday).

As per an earlier report, the amended finance bill to be introduced before the federal cabinet will seek tax exemption of Rs50 billion to be abolished and the tax collection targets to be increased from Rs271 billion to Rs6,100 billion.

It is not yet known whether the government will impose a standard GST rate of 17% on POL products or not because if the whole GST rate and petroleum levy were jacked up to Rs30 per litre in phases, the storm of inflationary pressures might touch new heights.

It seems that the government will make last-ditch efforts to protect the POL products from the maximum rate of GST. Currently, it is charging a minimum amount of GST on POL products.

According to the proposed bill, the Prime Minister will be authorised to increase or decrease the petroleum development levy.

Additionally, the amended bill includes a proposal to increase the tax rate on vehicles larger than 800cc and to ban the import of luxury vehicles.

According to sources, it has been proposed to increase the duty on imported dog and cat food while also raising the duty on cosmetics.

The proposed ban on canned food imports is also included in the amended finance bill, as is the abolishing of the discount on mobile phone sales.

Through an amended bill, an advance tax is being levied on the purchase of foreign dramas.

Additionally, measures are being proposed to digitise the economy and to make the tax returns of government officials public. Additionally, the concessions given to the real estate sector will remain the same. ﻿

The Bill also limits the powers of the FBR collector by amending the customs, sales and income tax laws.

‘Effects will be detrimental’

According to the PML-N president, Pakistan’s economic sovereignty is in trouble, and the Opposition will devise a plan to halt the presentation of a mini-budget.

The PML-N president stated that presenting a mini-budget is similar to treating cancer with aspirin, emphasising that the government should not present the IMF-prepared mini-budget.