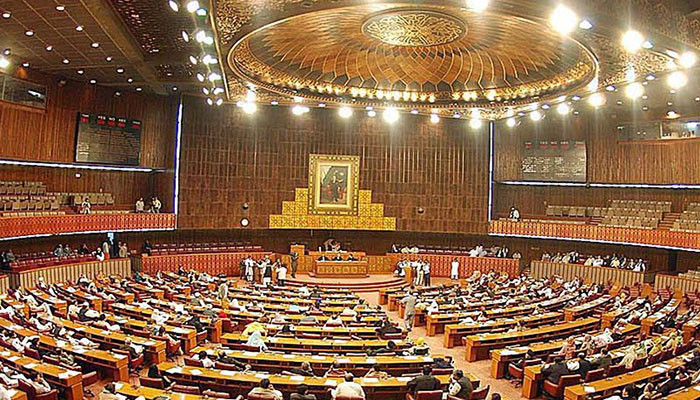 ISLAMABAD: The federal government will introduce the amended finance and SBP autonomy bills in Parliament for approval on Tuesday December 28, (tomorrow), sources within the finance department said Sunday, ahead of the sixth review of the $6 billion Extended Fund Facility (EFF) by the International Monetary Fund’s (IMF) executive board on January 12.

The IMF has demanded Pakistani authorities seek parliamentary approval for the passage of the Tax Laws (Fourth) Amendment Bill and SBP’s Autonomy Bill. Sources privy to the matter said that a $1 billion tranche depends on the passage of the bills.

Meanwhile, Prime Minister’s Adviser on Finance Shaukat Tarin reiterated Pakistan’s plan to fulfill the conditions imposed by the IMF as prior action before the sixth review on January 12. He said a tax exemption of Rs350 billion will be withdrawn through the mini-budget.

Earlier, the finance ministry had confirmed the date for the sixth review. Sources said that since the IMF has demanded to get parliamentary approval for the bills, it will not be passed through a presidential ordinance.

The government had recently retracted the mini-budget, including the Tax Laws (Fourth) Amendment Bill, for the time being from the federal cabinet after the IMF staff turned down the government’s proposal that it would present the budget through a presidential ordinance.

Last week, Prime Minister Imran Khan had said that as Pakistan started achieving economic growth, the current account got disturbed owing to the import of machinery which ultimately devalued the local currency and made the country approach IMF for loans.

The country can only come out of this cycle unless it boosts its exports and allows wealth creation, he had added. The premier was addressing the inauguration ceremony of Lahore Technopolis, a special technology zone.