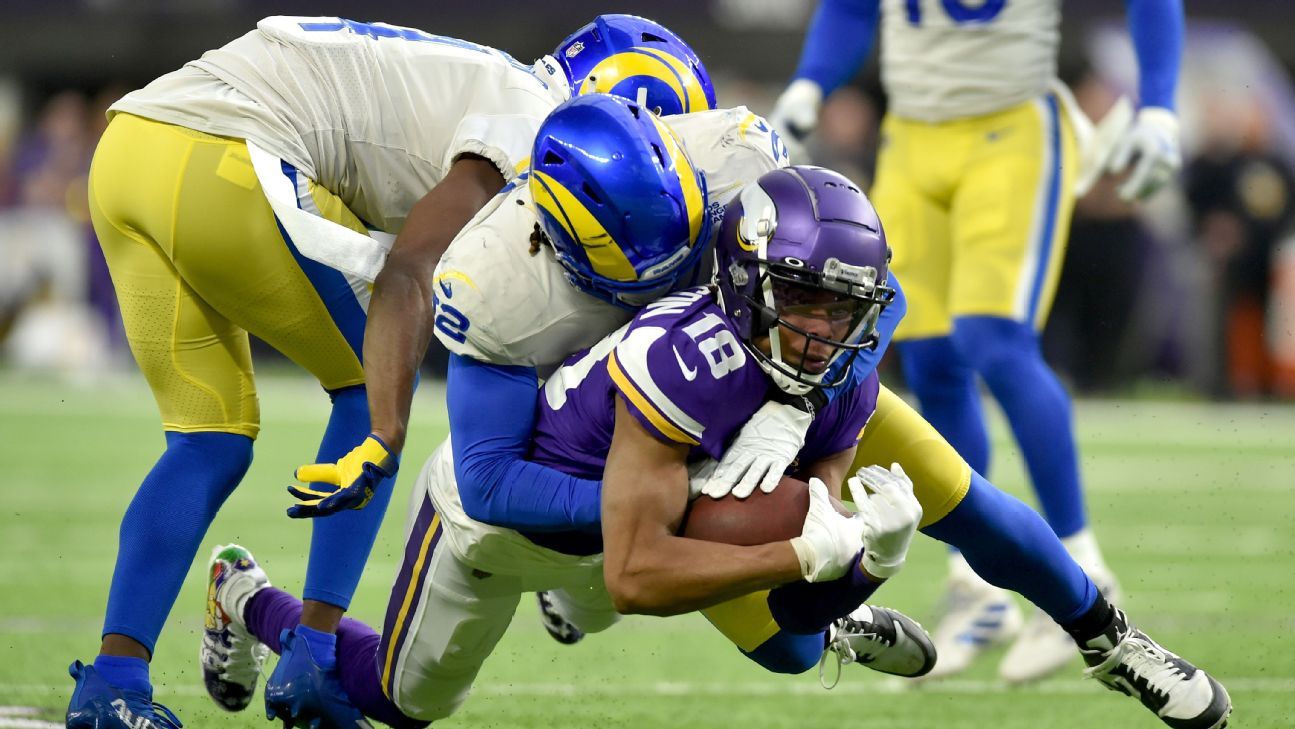 MINNEAPOLIS — With the previous record holder looking on from the opposing sideline, Minnesota Vikings wide receiver Justin Jefferson made history on his third catch Sunday, racking up the most receiving yards ever by a player in his first two seasons, surpassing the mark Los Angeles Rams wideout Odell Beckham Jr. set in 2015 with the New York Giants.

With 12:47 to go in the third quarter, Jefferson caught a 9-yard pass from Kirk Cousins to convert a third-and-6 play and give him 23 receiving yards on the afternoon. The Vikings’ second-year receiver needed 21 yards entering Sunday to surpass Beckham’s record of 2,755 receiving yards. Jefferson now has 2,758 receiving yards.

The record — and this game in particular — was one Jefferson said he had been anticipating all season. The matchup the receiver knew he would draw with Rams cornerback Jalen Ramsey built up the level of intrigue on a day when Jefferson was eyeing history.

“Need 21 yards, definitely been keeping the tabs for that,” Jefferson said Thursday.

“I’m excited. I feel like I live for these moments, ever since I was a kid. Just going up against that top guy, I’m a natural competitor. I’ve been a competitor since I was playing in the backyard with my family. I’m ready for the game, I been having it circled for a long time. To me, it’s a statement game for me considering myself one of the top receivers in the league and solidifying myself. Definitely ready for it.”