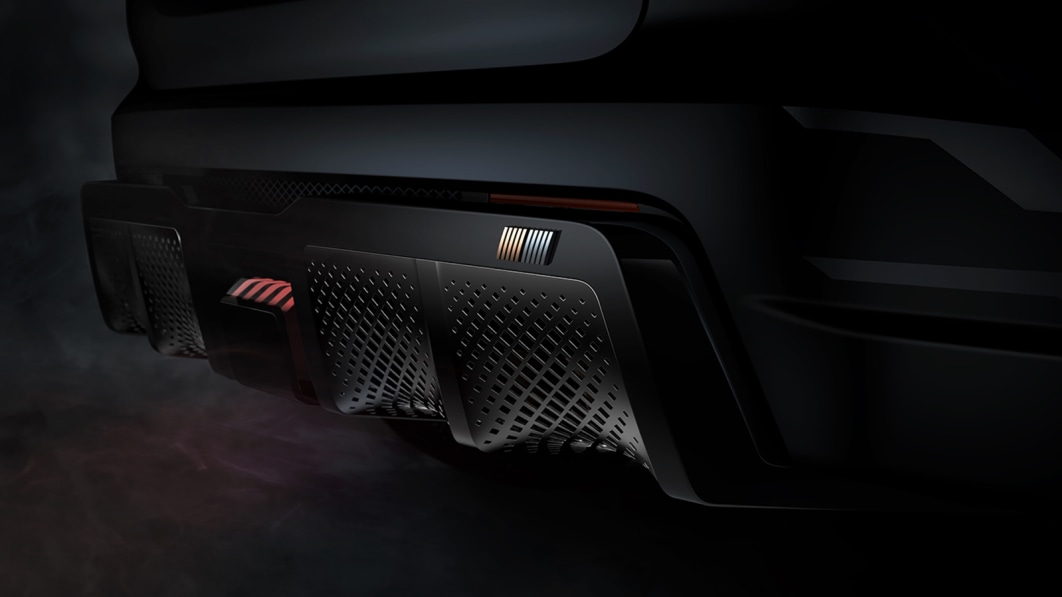 Rumors have been circulating that Mitsubishi will be doing some interesting things with its performance-oriented Ralliart brand. And it has launched some special variants in some overseas markets with the name, but that doesn’t seem to be the end of it. Next month at the Tokyo Auto Salon, Mitsubishi will show a Ralliart concept car.

The company released a single teaser image of the concept, and it has us feeling optimistic. It shows a huge rear diffuser with a simple and stylish Ralliart badge attached. Unfortunately, that’s about all we can see. So there’s no way of knowing what kind of vehicle is attached to it. Could it be a fancy show car we’ve never seen before, or a way sportier version of a current model?

At least one rumor suggests the concept could be based on the Outlander PHEV. It would certainly make some sense to revive Ralliart with a popular model such as the Outlander, not to mention one that’s completely new and representative of where the brand is headed. The PHEV would be an interesting choice for performance, and we’d be curious what Mitsubishi would change to make it sportier. Bigger electric motors would be very appealing, but a more minimal set of upgrades such as suspension and brakes would be more likely.

The Ralliart concept won’t be the only concept on display from Mitsubishi, though. The company will also show an electric kei car, which is a car of extra-small proportions for a special class of cars in Japan. As such, there’s no way it will make our way to the U.S., but it could still be a neat little machine to see.