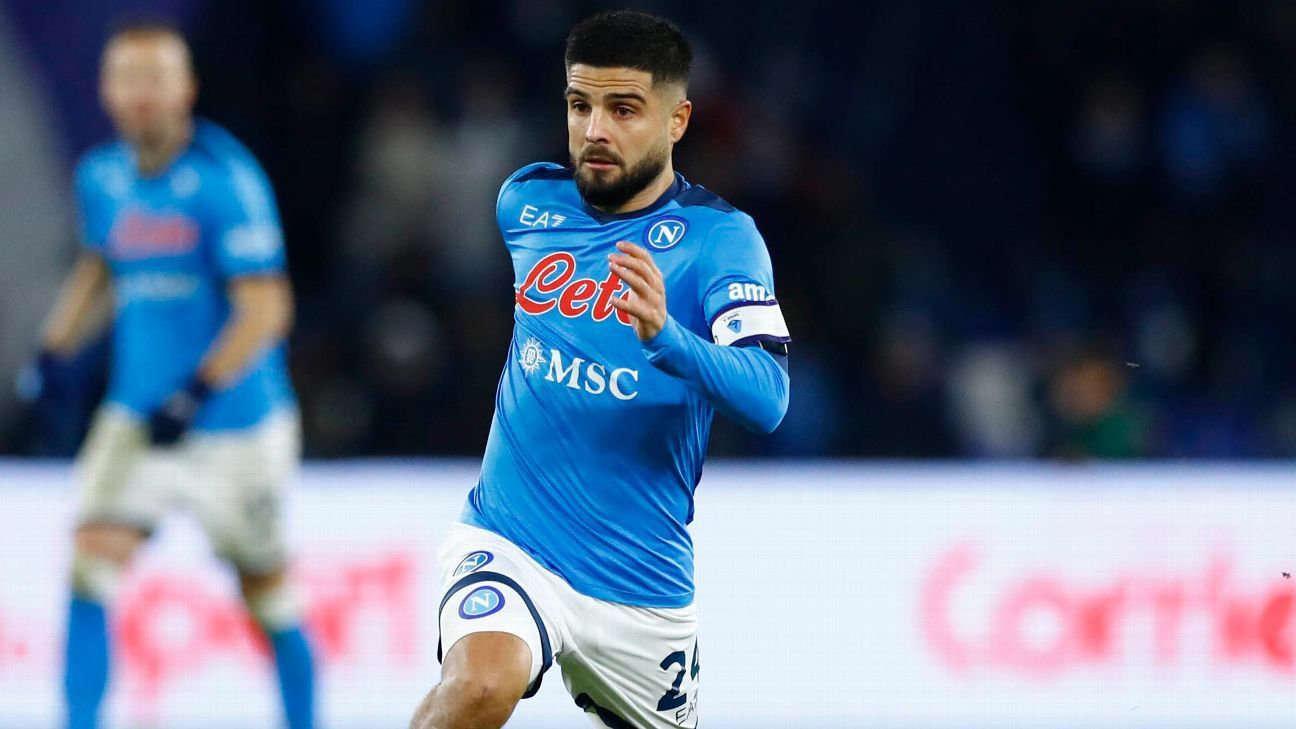 Toronto FC will sign Lorenzo Insigne from Serie A side Napoli in the summer, the Major League Soccer club said on Saturday. Insigne has signed a four-year deal and will be added to the squad’s roster as a designated player, pending receipt of his international transfer certificate.

The move is a major coup for MLS and Toronto, who finished second-bottom of the MLS Eastern Conference last term, with six wins from 34 matches. The forward’s contract at Napoli expires at the end of the season and he will move to Canada as a free agent, with reports suggesting he could earn $12.5 million a year.

– ESPN’s Notebook: The inside stories in football

“This is a historic and exciting day for our club,” Toronto FC president Bill Manning said.

“Lorenzo is a world-class attacking player in the prime of his career. He was a European champion with Italy and has performed on the biggest stages during his club career with Napoli. Lorenzo has the talent to change games. He plays the game with joy and passion, and our fans and supporters are going to love watching him as a member of our team.”

“We are all looking forward to having Lorenzo join us this summer,” Toronto FC head coach and sporting director Bob Bradley said.

“His ability to create chances for himself and his teammates is special. Having watched him for many years, I also know he’s also a player who works for the team. Lorenzo is the kind of player you come to watch, because there’s always a chance he’ll do something unforgettable.”

Insigne has made over 400 appearances since graduating from Napoli’s academy and making his senior debut in 2010. After early loan moves to Cavese, Foggia and Pescara, the forward became a staple in Napoli for the past decade, going on to win the Italian Cup twice, in 2014 and 2020.

Insigne, 30, also has enjoyed a successful international career for Italy, scoring 10 goals in 53 caps, and was a crucial part of the country’s Euro 2020 title-winning side last summer.

He will join defender Shane O’Neill at Toronto. O’Neill moved to the club on a free transfer last month.