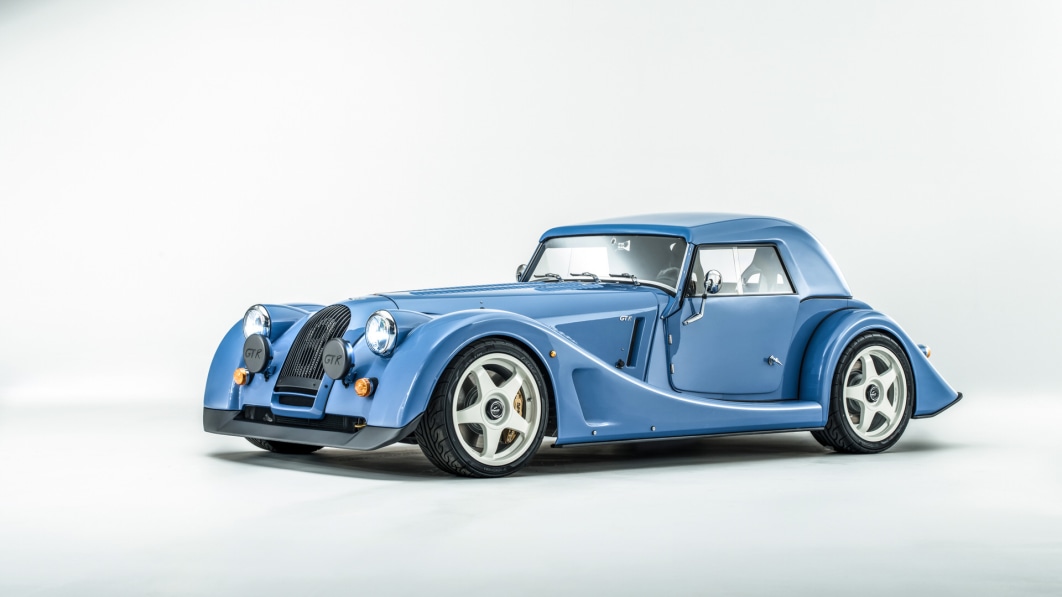 Morgan made the announcement at the beginning of this year that it would be building a limited number of Morgan Plus 8s in a new GTR form using chassis it found years after the Plus 8 went out of production. Today, Morgan has made the final reveal of the Plus 8 GTR with a final build of the first customer car.

The main bit of differentiation between the new GTR and old Plus 8 models is a new engine tune/power output. It’s still rocking the same BMW 4.8-liter V8 as before, but this GTR version makes 375 horsepower instead of the standard 362 horsepower. Morgan attributes the gains to a new “cannon-style” twin exhaust system and engine tune. That makes it the most powerful Morgan ever. Besides the extra power, Morgan says it’s also improved throttle response.

That’s it when it comes to performance improvements. Aesthetically, the Plus 8 GTR gains unique five-spoke center-locking wheels, a full body kit to visually lower the car, “GTR” emblazoned covers on the spotlights, and extra slots in the hood for cooling. The specific one you’re looking at here is finished in Yas Marina Blue, which is meant to be an homage to the “Big Blue” Plus 8 race car that competed in the 1990s. However, each Morgan Plus 8 GTR will be a special build commissioned by each owner and customized to their heart’s content. These images are the first we have of a completed car, and Morgan says the rest of the nine will be finished in the coming months.

There is still no public price attached to these Morgan models, but it also doesn’t really matter. All nine are already spoken for, so it’s impossible to buy one new.