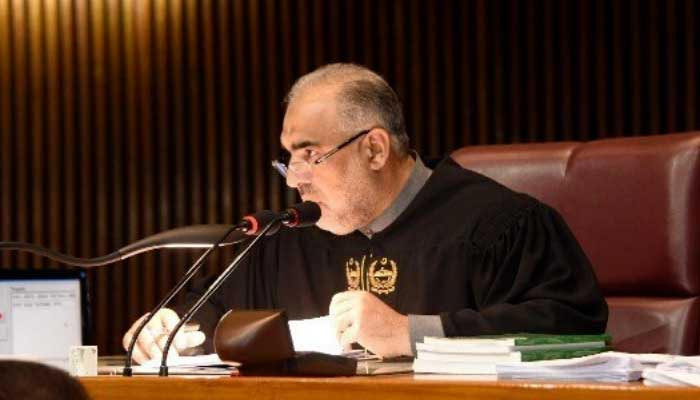 According to a notice issued by the district monitoring officer on December 10, Qaiser has been summoned through his counsel on December 13 at 11:30am in the camp office to explain his position for violating the code of conduct.

The notice stated that an audio clip has been circulating in the media where Qaiser can allegedly be heard promoting his party ahead of the local bodies election.

“It has come to the knowledge of the undersigned through reliable sources and electronic media that there is an audio of yours wherein you [are] appealing [to] the voters in the form of development projects,” the notice read.

It added that the speaker can also be heard promising his party’s candidates funding by saying that multi-million project tenders are in process and will soon be notified.

In another letter written to the Pakistan Electronic Media Regulatory Authority (PEMRA), the Swabi district monitoring officer said that Qaiser has been asking peopel to cast votes for his party candidates in the LGE-KPK-2021 against developmental projects “which by all means is a corrupt practise under the law and also a sheer violation of the code of conduct issued by ECP”.

“In view of the above, an audio CD containing the voice of Qaiser is being sent with the request to carry out a forensic analysis of it to ascertain the authenticity of this audio and also to track the origin of the same,” the letter read.

Moreover, it said that the matter may be treated as “most urgent” and requested that the requisite information be provided latest by December 15.