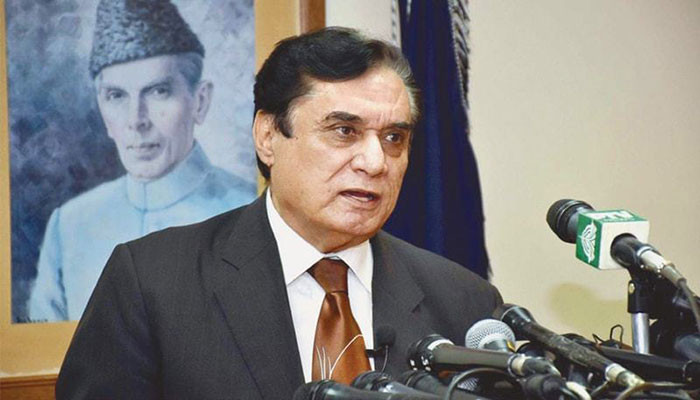 A journalist questioned that Shahid Khaqan Abbasi was calling him as a daily wages NAB chairman. Justice (R) Javed Iqbal responded that that the comments of those who are being prosecuted and cases have no value. “There are cases against those few people who are not satisfied with me,” he said.

When asked that there was a lot of criticism for giving the extension in his tenure through the Ordinance, the NAB chairman replied that criticise those who have promulgated the Ordinance.

A journalist asked the NAB was accused of favouring the government, he responded that the decision of Peshawar High Court (PHC) against Pervez Khattak is clear.

A journalist questioned whether no one from government was involved in corruption for which no reference was filed, the NAB chairman asked angrily how many complaints have been received about the government till date. “Simply put a question, being a journalist doesn’t mean you have to shout unnecessarily,” he said. Asked if he didn’t see the corruption of the people sitting in the cabinet, NAB chairman replied that wasn’t action being taken against Sabtain Khan and billion tree.