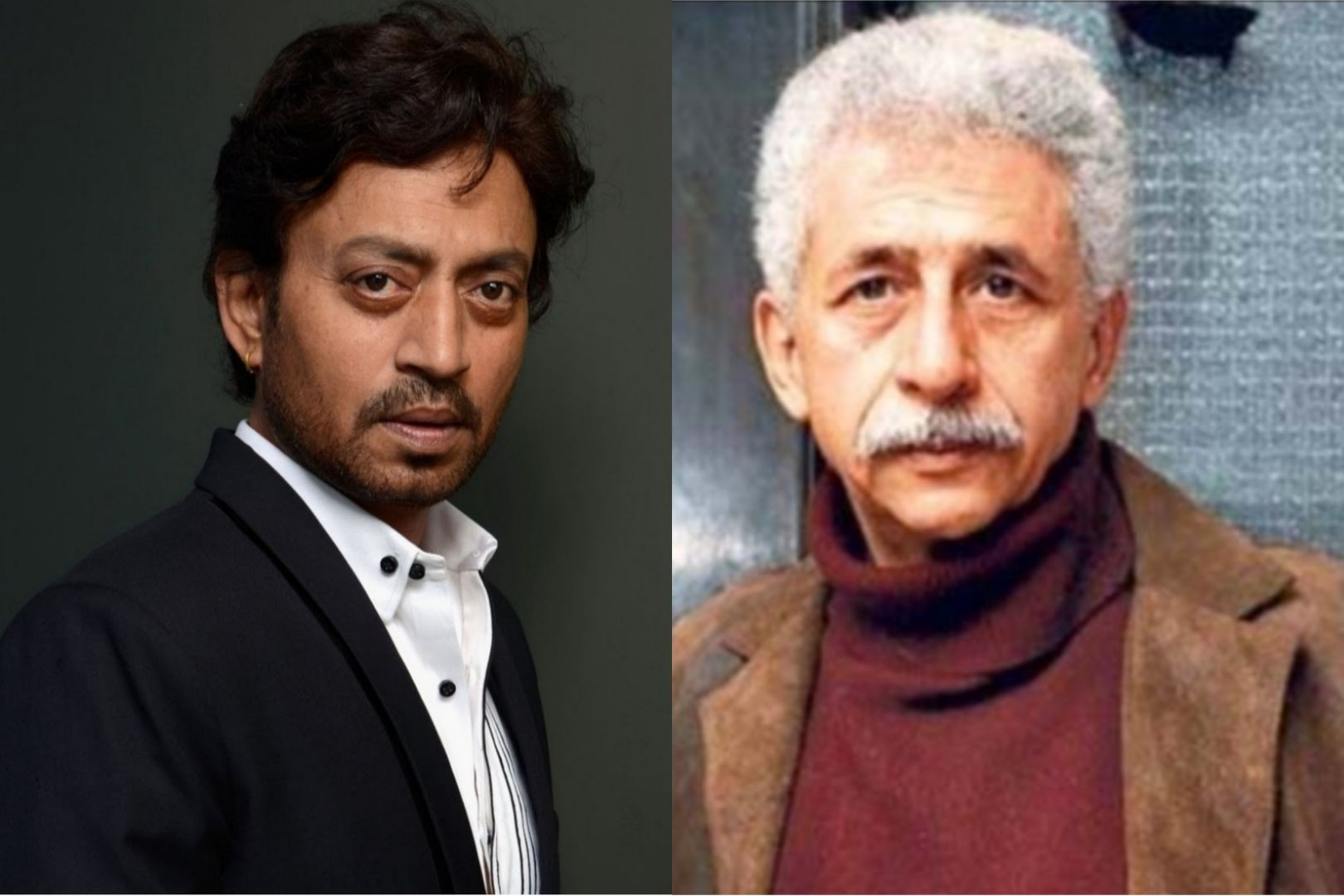 In a recent interview with the Indian Express, veteran actor Naseeruddin Shah shared his views on death, reflecting on the passing of his friends, including actor Irrfan Khan. Shah revealed the late actor was aware that his days were numbered two years before his passing from cancer in April 2020, and that he dealt with the information with utmost grace.

Speaking about his Maqbool co-star’s death, Shah explained how Khan confronted his illness, “That was a unique thing because Irrfan knew for about two years that it was going to happen. I spoke to him several times over the phone even when he was in the hospital in London. It was amazing and it was a real lesson how he dealt with it.”

He added, “He would say, ‘I am observing death approaching me and how many people get that opportunity? To be able to see this grim reaper coming towards you and you are almost welcoming him’. Of course, it was a terrible loss. But it was not in our hands. It was just your bodily machinery shutting down. You don’t have any control over it.”

Reflecting on his own views on mortality, Shah shared that he does not let thoughts of death or the fear of it occupy too much of his time.  “I don’t think it is healthy to obsess about death. I definitely don’t do that. I have experienced several deaths of my close ones — my family, my parents. Also, some dear friends, particularly the unexpected ones — the way Om [Puri] died, the way Farooq [Shaikh] died — were terrible shocks. But it does no good to obsess over it,” he said.

Elaborating further, he added, “I think that death is the most unimportant part of life and ironically also the most unavoidable one as well. I don’t dwell on it at all. I will go when I have to go. As long as I am around I want to be as alert and as alive as possible. I would not like my friends to be lamenting about me when I am gone but celebrating and laughing and talking about the things I did. I would rather they remember me for the life I have lived than talk about how I died.”