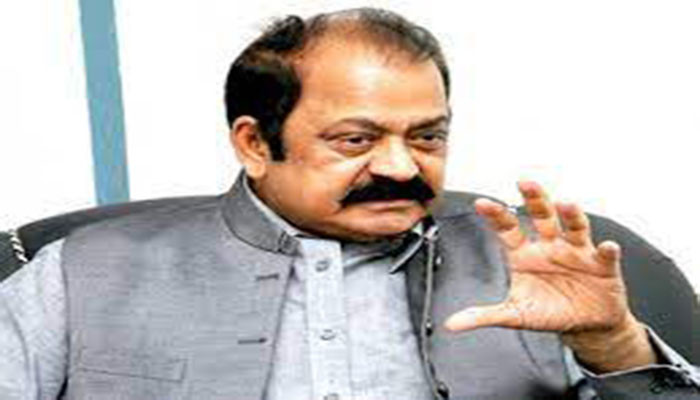 LAHORE: Pakistan Muslim League-Nawaz (PMLN) Punjab President Rana Sanaullah has said Nawaz Sharif is not ready to make any deal or be a part of any deal with any organization.

The time has come for people to grab Imran Khan by the collar and throw him out of the Prime Minister’s House, he said while addressing a press conference at the party secretariat in Model Town here on Thursday. He said the Scrutiny Committee of the Election Commission of Pakistan has proved that the PTI and Imran Khan’s gang had hidden illegal money. He said they have been receiving millions of dollars in donations from Mumtaz Ahmed Muslim and he has been awarded the contract for the construction of a big hotel. Whether it was flour, sugar, medicine or Ring Road incident, the beneficiaries were those who provided funding to the PTI, he said, adding that Imran Khan’s ‘ATMs’ received money from the pockets of people under the guise of flour, sugar and medicine scandals.

Sana said those who were caught selling a Tosha Khana watch worth Rs 100 million are not answering the questions. “Those who imposed this incompetent gang have also realized their mistake,” he said, adding that the mistake will have to be undone.

Over a question of the recent audio leak of Maryam Nawaz, he said the agencies have the capacity to record calls and if any conversation of a person proves to be a crime, action should be taken against him. “Recording personal conversation of two people and then making it public is a crime,” he maintained and claimed that the IB kept the audio and leaked it to divert public attention from the report of the Election Commission’s Scrutiny Committee in the PTI foreign funding case.

He said transparent elections should be held immediately. If Nawaz Sharif returns to his homeland and is locked up in jail, his guidance will not be available to the party and he will not get justice. Sana denied meetings of Shehbaz Sharif in Rawalpindi and said there was a briefing in the parliament.