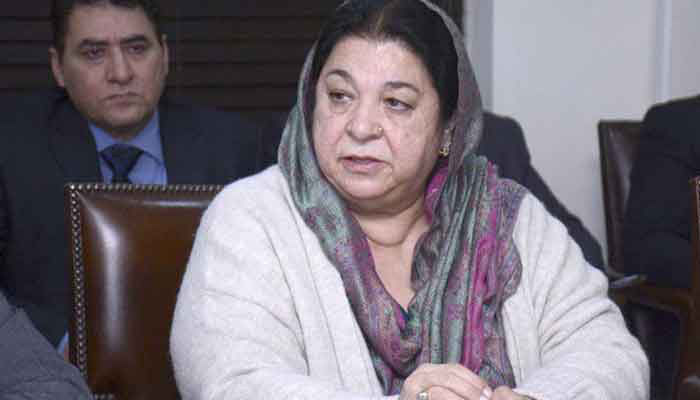 Talking to reporters after the syndicate meeting of the Nishtar Medical University, she said Rs 42 billion budget has been spent only on purchase of medicines. She said the Nishtar phase-II and the Mother and Child Health Hospital are a great endeavor of the government for the people of south Punjab. Health cards have been issued to 8.5 million people in Punjab. The government has received more than 20 million names from the NADRA for health cards.

She said health cards will be issued to the majority of the population across the province by next January. She said 50,000 people have availed treatment on health cards from different hospitals. The world’s largest measles and rubella vaccination campaign has been launched in which more than 90 million children are being vaccinated. She said the annual budget of Rs 5.70 billion of the Nishtar Medical University has been approved in the syndicate meeting that will improve the provision of services to people. Steps have also been taken to control dengue and every possible treatment is being provided to dengue patients.

Responding to a question, the minister said Nawaz Sharif was offered the best treatment in Pakistan. She expressed satisfaction over his medical treatment. Political opposition and humanity are separate, she said, adding: “We have given priority to the human aspect instead of politics. Nawaz Sharif has been the prime minister thrice. He should have been with his people in Pakistan. Instead of spending time in prison, he preferred to live a life of luxury outside the country.” She said everyone is responsible for his actions. Health cards would also be issued to journalists in January.

Earlier, the Nishtar Medical University syndicate meeting was held with Dr Yasmin Rashid in the chair. The meeting discussed various administrative issues. The minister ordered the authorities concerned to get repaired medical equipment without any delay. She requested former Punjab minister and syndicate member Khwaja Jalaluddin A Roomi to activate the Friends of Nishtar Committee for resolution of financial affairs.