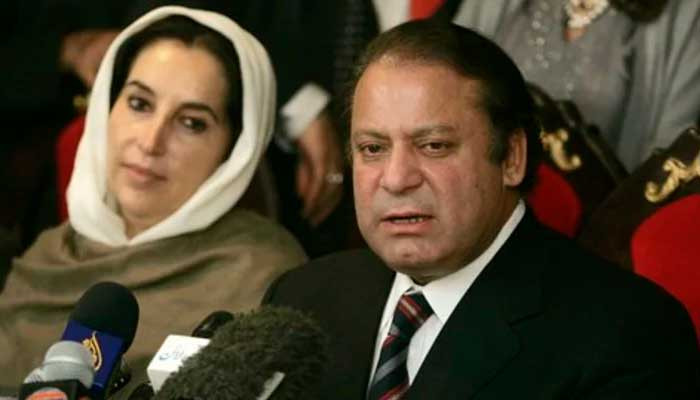 LAHORE: On the 14th death anniversary of Shaheed Benazir Bhutto, former prime Minister Nawaz Sharif said Monday he had not forgotten the pledge he made made with he to strengthen democracy and civil supremacy.

In a twitter message, Nawaz said: “I have neither forgotten sudden and traumatic death of Shaheed Mohtarma Benazir Bhutto nor the pledge we made to strengthen democracy andcivil supremacy. I live to strive for the day Pakistan becomes a true democracy, Insha’Allah. SMBB, may you rest in eternal peace. Ameen”

In his message, PMLN President Shehbaz Sharif has said Benazir Bhutto was the first woman prime minister of the Islamic world.

Shehbaz Sharif extended heartfelt sympathies and condolences to former president Asif Ali Zardari, PPP Chairman Bilawal Bhutto, Bakhtawar Bhutto, Aseefa Bhutto and all other party leaders and workers. He said Benazir was a brave voice of democracy and a popular leader. “Her assassination is a tragedy not only for Pakistan but of the whole world,” he added.

PML-N Vice President Maryam Nawaz in her message said that her prayers were with Shaheed Mohtarma Benazir Bhutto. “I still remember that sad day when her father and other family members mourned as if someone in our family had left us,” she said.