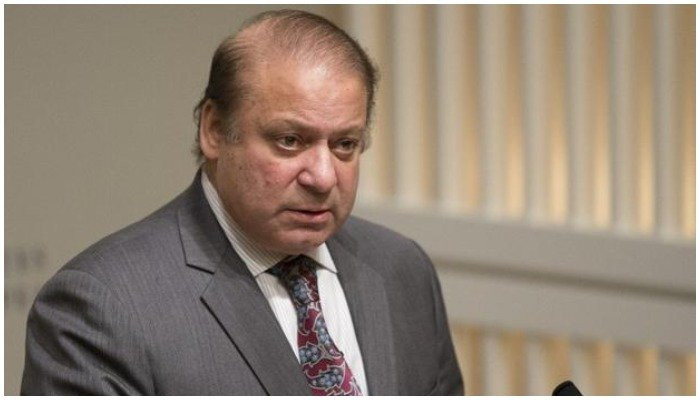 LAHORE: The Pakistan Muslim League-Nawaz (PMLN) plans to use all political, constitutional, and legal options, pursuing an aggressive approach to oust the incumbent PTI-led government. The party reached the decision on Monday, at its Central Executive Committee (CEC) meeting, The News reported.

The meeting, attended by senior party leaders, expressed its full confidence in PML-N leader and former prime minister Nawaz Sharif and party President Shehbaz Sharif to lead the party and take all the important decisions in consultation.

The meeting was attended by senior party leaders, who expressed their trust in the leadership and decisions of PML-N supremo Nawaz Sharif and president Shahbaz Sharif.

The participants of the meeting had a consensus on not giving any more time to the government, keeping the plight of the people and critical internal and external situation of the country in view.

Sources within the PML-N said that the meeting agreed to contact all the PTI allies, including MQM-P and PML-Q, and even the PTI’s own parliamentarians to convince them into supporting the Opposition against the government.

The meeting also delegated the authority to Shehbaz Sharif to expedite the process of liaison and consultation with other political parties across the country to formulate a strategy based on national consensus at the national level and fulfill the public aspirations for liberation from the present government.

The meeting also authorised Shehbaz to liaise with PDM’s chief Maulana Fazlur Rehman and other leaders, taking them into confidence in the light of the decisions of the party CEC and in consultation with the PDM.

The PML-N president will request the PDM chief to convene a meeting as soon as possible so that they could move forward from the PDM’s platform at the national level after joint decisions.

The meeting decided to fully support and participate in the PDM’s March 23 long march. It also endorsed the decisions of reconstituting the party’s parliamentary board and setting up a new manifesto committee.

After the CEC meeting, PML-N Central Vice President Maryam Nawaz tweeted that “Keeping in mind the plight of the masses & government’s ineptitude & failure in every field, there is a consensus in the party that IK government has to go. Every day that it is allowed to stay will add to the misery of the people. Not a single member disagreed.”

Meanwhile briefing the media, PML-N Secretary General Ahsan Iqbal said that the overall situation of the country, including the current political and economic situation, has been discussed in detail in the CEC meeting and all the participants agreed that Pakistan was on the path of development and prosperity in 2018.

He added that Pakistan was alone at the diplomatic level; inflation has reached its peak and it was impossible for the common man to survive as every sector was under stress and deteriorated.

Ahsan Iqbal said that the meeting agreed that in view of the plight of the people and the internal and external crisis of the country, giving more time to the present government was a serious threat to the security of the country.

He said that the party will take all constitutional, democratic and political steps as soon as possible to get rid of the most incompetent and corrupt government.

Party sources said that in response to a recent call to MQM-P leadership by Shehbaz, a delegation of MQM may visit the PML-N president today (Tuesday) while the younger Sharif has also planned to have a meeting with Chaudhry Shujaat Hussain and Chaudhry Pervaiz Elahi.

Today, an MQM delegation headed by Dr Waseem Akhtar is going to meet Shehbaz Sharif at his Model Town residence in Lahore. Sources said Shehbaz Sharif called the MQM-P leadership a day before and invited them for a meeting over the political situation of the country.

Sources said MQM may ask the PML-N leadership to play a role in resolving the ongoing issues between the PPP and MQM over the local government system in Sindh, especially Karachi.

Sources said the MQM may ask PML-N leadership to convince PPP to give Muttahida its due share in Karachi.

There were reports that Jamaat-e-Islami and PPP may reach a consensus about seat adjustment in Karachi, as well.

Party sources further said that the meeting discussed all the pros and cons of contacting the PTI allies and it was decided that Shehbaz will ask them for support in removing Imran Khan from the premiership.

The sources claimed that the meeting, however, failed to evolve a consensus on the issue of bringing a no-confidence move against speaker National Assembly or directly against Prime Minister Imran Khan.

They said that some members expressed reservations over bringing in the no-confidence move against the prime minister at this time and said that if the move failed it will give benefit to the premier.

Sources said party leaders were also asked to start mobilising the voters of their constituencies for the upcoming long march of the PDM. All the MNAs, MPAs, ticket holders and other leaders were directed to hold public meetings in their areas and tell the masses about the failure of the present government in every sphere of life.

In a separate development, a meeting between PPP Co-chairman and former president Asif Ali Zardari with Chaudhrys of Gujrat remained inconclusive regarding the issue related to the no-confidence move against Prime Minister Imran Khan, The News has learnt.

The meeting, that was held at Zahoor Elahi Road, the residence of PML-Q head, Chaudhry Shujaat Hussein discussed in detail all the core issues concerning the country’s politics as well as ‘mutual interest’.

Insiders in the PML-Q said that the PPP leader had mainly assessed the situation and issues relating to the no-confidence against Imran Khan were discussed informally.

Moreover, PML-Q leadership has linked any such decision with the consent of its party office-bearers. Sources stated that the visit of the leader of Opposition in the National Assembly, Shahbaz Sharif to the residence of Chauhdrys is also expected in the next few days.

The PML-Q leadership, sources said is likely to chalk out its next strategy after the meeting with Shehbaz. Besides, the MQM-P, the main ally of PTI in the Centre is also expected to visit Shujaat.

Sources said that the PML-Q has not given any consent to Zardari for becoming part of any move against PM Imran Khan and linked all decisions with the consent of party members. Currently, the PML-Q is the major ally of PTI in Punjab with 10 seats in a House of 371.

These 10 MPAs of PML-Q enable the PTI to attain a simple majority in the Punjab Assembly and if PML-Q ends its alignment with the ruling party, the Buzdar government will lose the simple majority in the House. Meanwhile, in the National Assembly, PML-Q has five MNAs and it almost enjoys a similar status in the Centre where its revolt against the government could cost it high.