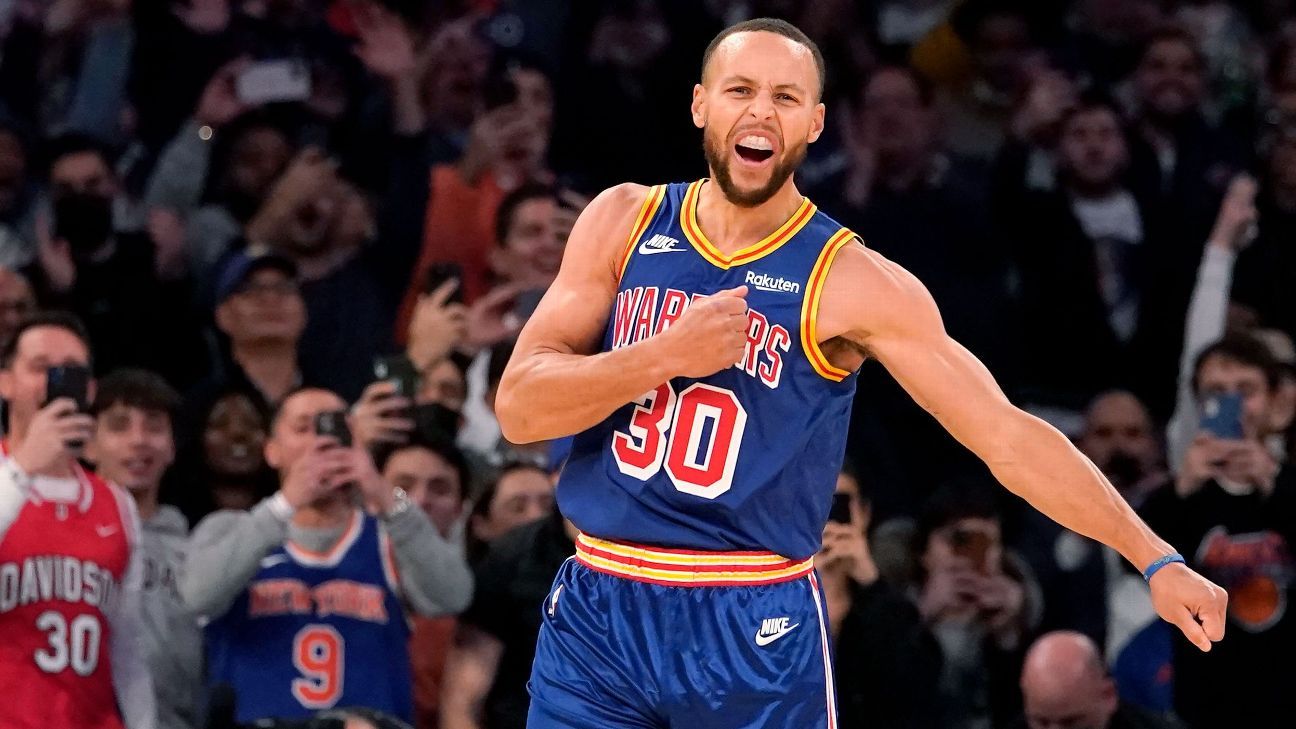 The NBA has been on Curry watch since Wednesday, Dec. 8, when the Warriors hosted the Portland Trail Blazers and Curry was 16 3s shy of the record. Ahead of that game, Curry said he was going for Allen’s record, as well as teammate Klay Thompson‘s record for most 3s in a game at 14.

Barely a minute into the game, Curry tied Allen’s record with his first shot of the night. He hit his 2,974th career 3 with 7:33 to go in the first quarter with a 28-foot jumper.

Allen was in the crowd and congratulated Curry with a hug as the game stopped to allow fans and teammates to celebrate the moment with the NBA’s newest newest 3-point leader.

Prior to the game, Allen took to social media to reflect on the moment he passed Reggie Miller for the top spot, and share his excitement on being there to officially pass the torch to Curry.

And with Curry’s record-breaking shot, more NBA players took to social media to congratulate Curry on his latest milestone.

Just landed in Dallas to see @StephenCurry30 broke the record and to make it even doper he did it in the GARDEN!! WOW CONGRATS BROTHER!! INCREDIBLE 🔥🔥🔥🔥🔥🔥🔥

Congratulations to Steph Curry for making history and setting the new NBA All-Time 3-point record tonight!! Thank you @StephenCurry30 for revolutionizing the game of basketball forever! 🙏🏾 It was great to see his parents Dell and Sonya there supporting him!

Other players around the league celebrated Curry’s spot among the greatest in NBA history.

congrats @StephenCurry30 🐐 in the garden too .. dats tough 🔥 https://t.co/JjpN7xUDx9

NBA players weren’t the only ones to take notice of Curry’s record-breaking night.

Congratulations @StephenCurry30 WOW!!! You deserve it bro.. History has been made…

I’ve made at least 2,974 trash can 3’s already so whatever Steph

Now that the record is broken, Orlando Magic sharpshooter Terrence Ross is asking the one question that still needs an answer.

Real question is, how many three will he end up with? 🤔