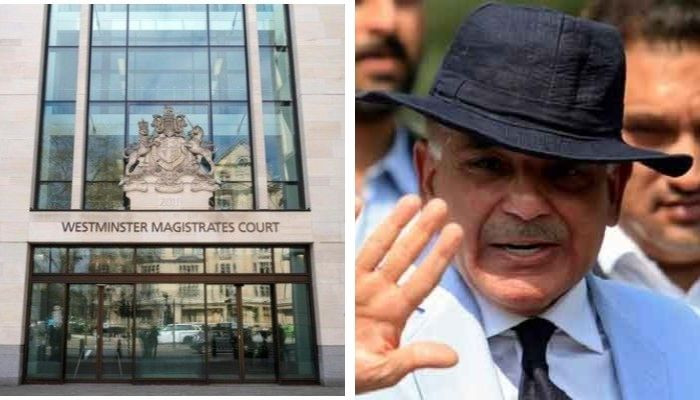 LONDON: An analysis of the full file of the National Crime Agency’s “frozen funds money-laundering investigation” into Shehbaz Sharif and Suleman Sharif shows that the NCA’s almost entire case and evidence was based on allegations of wrongdoing and corruption that first surfaced in Pakistan and featured heavily in the Daily Mail’s July 14,  2019 article that also announced that the Assets Recovery Unit (ARU) and the NCA were “working closely” on money-laundering and extradition cases related to Sharifs.

The Daily Mail’s former reporter, David Rose, said in his article that the accused, Shehbaz Sharif, and his family were involved in stealing the UK’s aid money and running a network of money-laundering through the UK, Dubai, and Pakistan. The NCA investigated the case for two years, based on information backing up David Rose’s article, but couldn’t prove criminal conduct, money laundering, and misuse of public office by Shehbaz Sharif and dropped the case.

The original AFO application prominently carried David Rose’s Daily Mail article as proof that Shehbaz Sharif and his family members had used the UK to steal and launder money. There was no actual independent evidence in the first application other than the ARU’s letter to the NCA giving details of Shehbaz and Suleman’s cases and information about visa applications for Shehbaz, Suleman, and his wife Zainab Suleman, and newspaper articles from Pakistan.

District Judge Ikram made Account Freezing Orders (AFO) for 12 months in favour of the NCA after it convinced the judge that there were reasonable grounds for suspecting that money held in four bank accounts was “recoverable property” and was intended by any person for use in unlawful conduct. The NCA satisfied the judge that both Shehbaz Sharif and Suleman Sharif were under investigation in Pakistan and that the four accounts were proceeds of criminality in Pakistan (by the Sharif Group) and that some of the evidence was tentative, as reported in the Daily Mail article. In a briefing to his staff as part of the money-laundering investigation into Shehbaz and his son, the NCA’s Operations Manager Investigations at International Corruption Unit explained to his staff about the ARU, its scope, and why ARU would be working with the NCA on behalf of NAB, FIA, and FBR. The ARU has said in a court document lodged at the Westminster Magistrates’ Court that it was informed on December 7t, 2019 by the NCA that it intended to freeze assets. A day or so later, NAB’s Lahore Director General Shehzad Saleem met the NCA’s Operations Manager Investigations at the International Corruption Unit in London, and at that meeting, the UK investigation chief was briefed about the Shehbaz Sharif cases.

On December 11, 2019, the ARU sent details of cases related to Shehbaz and Suleman to the NCA. On December 19, 2019, formal investigations were initiated into Shehbaz Sharif, Suleman Sharif, and their friend Zulfikar Ahmed.

The lawyers explained to the NCA that Zulfikar Ahmed had provided these loans to Suleman for the treatment of Humza Sharif’s daughter in London to pay a medical bill of around £75,000 as she wasn’t entitled to be treated on the NHS and the hospital required a deposit of £197,745.50 for private treatment. Sharifs’ lawyers explained to the NCA that by the end of 2018, Sharifs’ ability to bring funds from Pakistan had become impossible.

Of the total bundle of nearly 1,000 pages, the NCA has released under 550 pages with some redactions, but rest of the bundle has been withheld, which relates to the NCA’s working on the probe, sensitive papers, and confidential communications that NCA had with Pakistan and other jurisdictions from 2018 onwards in relation to the Sharif family matters. Most of the bundles of the released papers were provided to the NCA by the ARU. The bundle has around 25 different court orders that were made during the investigation, including the order that set aside all freezing orders.

The material provided by the ARU includes several emails by the ARU, NAB’s reference/investigation report on assets beyond means, and a money-laundering case against Shehbaz Sharif and family related to Ashiana Housing Scheme and Ramzan Sugar Mills. It also included bank statements of Sharifs and NAB’s Lahore money-laundering FIR.

The NCA suspected that Shehbaz Sharif and his son were involved in running a money-laundering racket through their associates, exploiting their position as Punjab Chief Minister and through the Sharif Group in Pakistan.

“This application is sought to enable National Crime Agency financial investigators sufficient time to conduct relevant inquiries, both in the UK and internationally, to trace the true derivation of the suspected recoverable property in the accounts of Suleman Sharif,” said the NCA, revealing that it was working internationally in jurisdictions of Pakistan, St. Vincent, Switzerland, and the Grenadines to determine if Suleman and his father owned any offshore accounts. The NCA conducted investigations in these jurisdictions and found no evidence of the secret accounts.

The NCA officer told the judge: “I continue to have reasonable grounds to suspect that the bank account balances of Suleman Sharif, which are the subject of the Account Freezing Orders, are recoverable property. The frozen funds investigation is both in the public interest and is proportionate, given that it is focused on international corruption and relates to identified recoverable property. “

The FIA’s FIR in the bundle alleged criminal conduct from 2008-18 registered on 14-11-2020 by FIA anti-corruption circle Lahore and sent to NCA. It told the NCA that FIA has found total disparities amounting to over Rs25 million received in bank accounts of various low wage employees of Ramzan Sugar Mills and Al Arabia Sugar Mills Ltd and accounts of fake companies set up and controlled by the Sharif Group. It told the NCA that Shehbaz Sharif was involved in getting commission and kickbacks from businessmen and politicians and one politician said he paid Rs14 million personally to Shehbaz Sharif for the party ticket.

The ARU told the NCA that Shehbaz was involved in money laundering, whereby proceeds of crime were transferred to the UK and Dubai through the informal money transfers (Hawala) and then these funds were transferred back to Pakistan to Shehbaz Sharif’s family members’ accounts and associates in the name of international investment remittances to show investment of ostensibly white money from abroad.

The ARU told the NCA that Suleman Shahbaz Sharif was the principal accused and beneficiary of the fake international remittances and money laundering through front and paper companies. The Pakistani authorities are in the process of initiating the extradition process from the UK, said the ARU, further confirming Shahzad Akbar’s announcement five months earlier about the UK and Pakistan working together on extradition and money-laundering. The bundle doesn’t have the details of meetings that Shehbaz Sharif’s lawyers, Suleman and Zulfikar Ahmed, and his lawyers held with the NCA as part of the investigation, but it’s understood there were several face-to-face meetings over two years.

The bundle has details of correspondence between the NCA and lawyers of Sharifs in which lawyers provided explanations and justifications of the money and assets, but the bank statements and visa applications have been redacted from the bundle over privacy concerns. Sharifs’ lawyers wrote in one of the exchanges to the NCA: “The NCA’s application for the Account Freezing Orders references investigations in Pakistan in respect of both Suleman and Shahbaz Sharif.

There has been widespread criticism, nationally and internationally, about the actions and behaviour of both the Pakistani Asset Recovery Unit (ARU) and the National Accountability Bureau (NAB) and the relevant Pakistani law enforcement agencies. It is widely accepted that both agencies are targeting opponents of the current government, seemingly for political motives. Even more significantly, in terms of any reliance placed on these investigations by the NCA, media reports of judicial comments suggest that there are cogent and serious concerns that cases are being pursued despite a lack of underlying evidence.

Sharif’s lawyers drew the attention of the NCA towards the Lahore High Court’s detailed verdict, which determined that contrary to the NAB’s allegations, “Shehbaz neither misused his authority nor misappropriated funds allocated for the project or received illegal gratifications, commissions, or kickbacks,” and that “no evidence has been found on record against the petitioner to establish allegations of receiving kickbacks or embezzlement of public funds.”