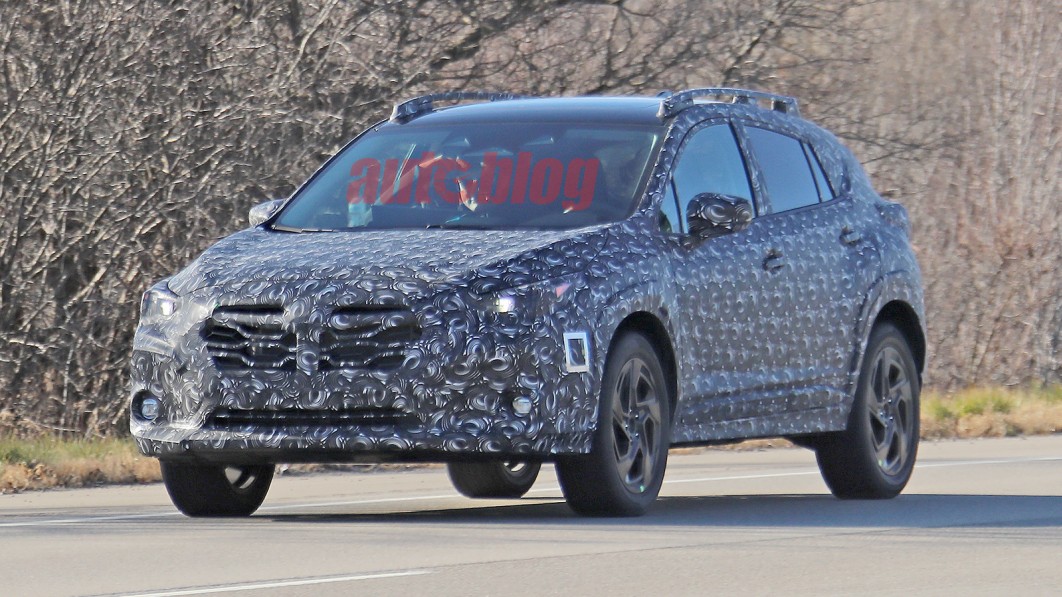 Last year, the Subaru Crosstrek was the brand’s third-best seller, just behind the Forester and Outback. It also sold more than twice as many units than the Impreza it’s based on. So it’s no surprise that the next-generation model (or at least a heavily revamped one) shown in these spy photos barely looks any different. Or at least that’s the case at first glance. Looking closer, there are many little updates.

Up front, the most obvious update is to the grille. It’s larger in size, and the mesh is thicker with bigger openings that seem inspired by the Wilderness trims of the Forester and Outback. The cladding on the corners of the bumper appears to be reshaped. They seem to rise up more under the headlights and have a bit more sculpting.

Along the sides, the Crosstrek retains its big fender flares. The front ones now sport little air vents that remind us of the ones on the new WRX. They look as though they may be functional, too. The overall profile looks very similar, but one sign that it really is a different body is the new window sills that angle back upward right around the side mirrors. The roof rails are new, too, and they look beefier and more prominent. We suspect they may be upgraded for roof-top tent duty like the Wilderness Subarus.

The tail has the most noticeable changes. The taillights are quite a bit larger, and have the new C-shape of other recent Subarus. The lights also protrude farther from the body, and give the back end a wider look. Also changed is the rear bumper, which now has some additional air vents. It’s still covered in chunky cladded bits from what we can tell.

This prototype looks pretty finished and is testing in thin camouflage, so we would expect to see the car revealed sometime next year, with sales coming soon after. Powertrains are a mystery, but there’s a good chance the current model’s 2.0-liter and 2.5-liter four-cylinder options will carry over, with CVTs available with both engines and a six-speed manual available with the 2.0-liter. And of course, all-wheel drive will be standard.

Previous articleiOS 15.2: How to assign a legacy contact to allow data recovery on your account
Next articleSevilla can win LaLiga for first time since 1946. They just need to believe