We’ve seen the next-generation Mini Hardtop a few times, but under significant amounts of vinyl camouflage. But apparently Mini got careless, and someone snagged photos of a completely undisguised prototype, which were shared by Twitter user Greg Kable. While the front end is a pretty predictable update, the rear end and interior are major departures.

The face will be familiar to anyone who has seen a current Mini. The grille is quite large and composed of a large contrasting frame and a body color filler in the middle, with a couple small openings at the top and bottom. It does appear to be a bit smaller overall compared to the current model, and with a thinner frame. The headlights are still round as ever, but appear a bit larger, and now they feature little lines at the top and bottom that almost look like cute eyelids. Interestingly, the hood no longer has holes cut out for the headlights, and the cut lines are higher up.

The profile, as far as we can tell, is still typical Mini. The only real change there is the replacement of the pull handles with flush-fitting units.

At the back is where the major exterior changes take place. The lozenge-shaped taillights of the past are gone in favor of angular trapezoidal units. They feature black-lined overlays, and they blend into the black trim piece that stretches across the hatch. The lights appear to be a part of the hatch, too, and will likely swing up with the hatch when opened. The rear fenders look wider than before relative to the greenhouse, giving this new Mini a lower, wider appearance. This particular prototype has an S badge in what looks like a yellow-green color, so we believe this may actually be an SE electric model. 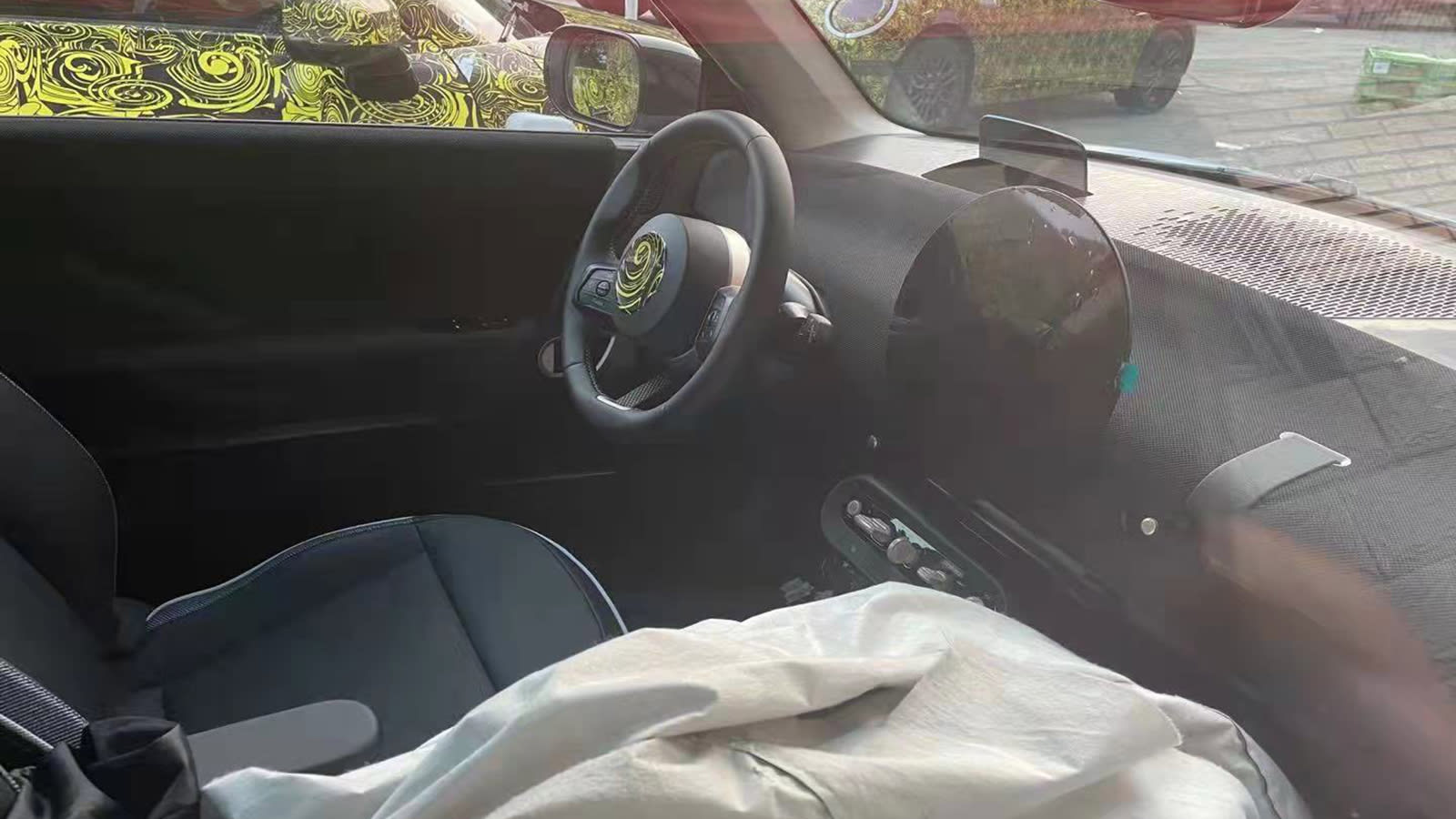 Moving to the inside, the new Mini holds on to some classic design cues, but reimagines them with modern technology and a minimalist theme. The dash is dominated by a huge, thin circular display, which evokes past round displays and gauge clusters from classic and more modern Minis. There’s no gauge cluster in front of the driver, either, so the center screen will likely feature driving information in addition to other infotainment functions. The driver does at least get a head-up display, so there will still be the ability to have speed and other info directly in front of the driver. We’re glad to see that the big touchscreen is accompanied by a set of physical controls below it, and they look chunky and stylish as is Mini’s style.

We’re expecting the next-generation Mini to be revealed sometime next year, likely as a 2023 model. It will continue to be available with internal combustion engines, as well as an electric variant. But it will likely be one of the last internal combustion Minis, since the brand aims to be fully electric by 2030.