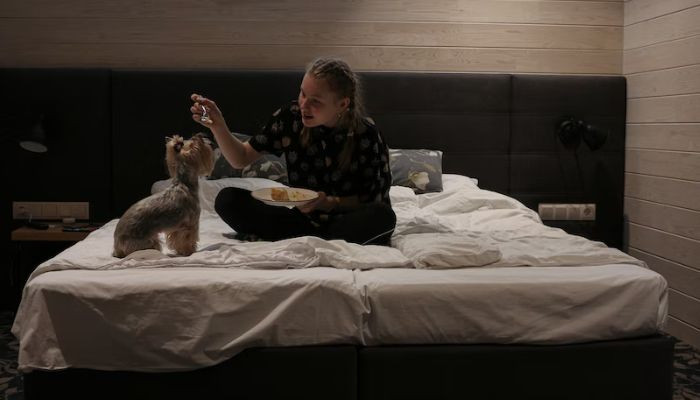 Findings of new research suggest that eating during the daytime instead of the night can reduce the chances of developing depression and anxiety.

Interfering with the body’s natural clock, for instance sleeping when the body is supposed to be awake or vice versa, can be detrimental to a person’s emotional and mental well-being.

Studies show that even if an individual was to spend years working in the night shift, the body will not fully adapt to the schedule and would require the person to shift back to the natural clock.

Even worse, the more we mess with the biological clock, the longer the damage is expected to stay.

The question is: How can we protect those with professions that require people to stay up all night like security guards, doctors and nurses or firefighters?

Reportedly, these professions make up 30% of the workforce worldwide.

Scientists are studying light therapies as solutions as well as melatonin. Another idea that experts are testing is a change in meal time.

Author and neuroscientist Sarah Chellappa said that these findings could help those suffering from a variety of mental health issues, according to Science Alert.

She said that their study simply adds up to preexisting evidence that sleep optimisation and circadian rhythms promote better mental health.

Experts say that having a meal at night can interfere with the body’s metabolism.  This could be one of the reasons why nighttime workers have higher BMIs and a greater waist-to-hip ratio.

While the idea is still new, recent findings suggest that eating during the day can help prevent mood vulnerabilities.

“We found proof that meal timing had moderate to large effects on depression-like and anxiety-like mood levels during simulated night work,” the authors wrote.

The study published in the journal PNAS explains the methodology and sampling in the research.

Non-communicable diseases cause 74% of global deaths: WHO