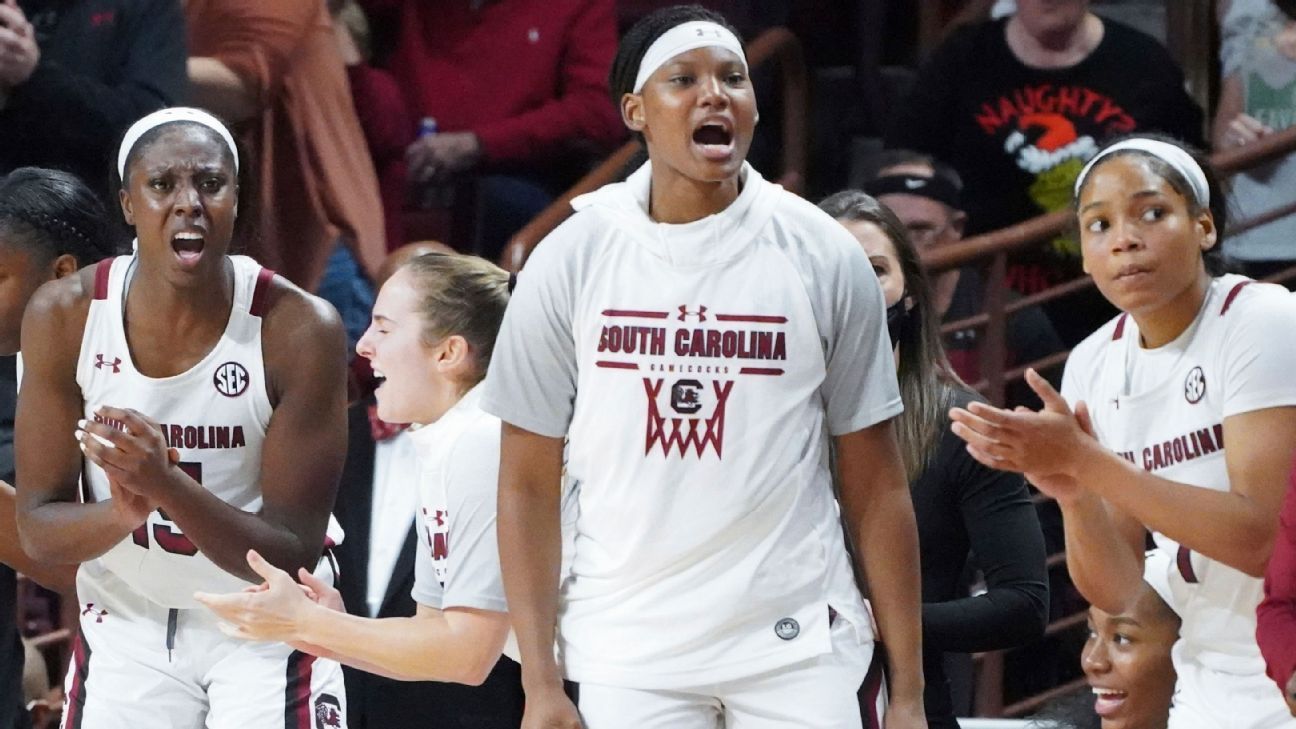 No. 1 South Carolina (12-0) defeated No. 2 Stanford (8-3) 65-61 at home on Tuesday night in a rematch of their meeting in the 2021 NCAA Final Four. The Gamecocks came back from an 18-point, first-half deficit, the largest comeback in program history.

“It feels pretty cool to be part of history,” senior forward Victaria Saxton said. “I feel like without the coach that we got, we wouldn’t be able to go out there and handle business like we did.”

South Carolina’s victory is the team’s fifth win over a top-10-ranked team, and its second of the season over the second-ranked team in the country. South Carolina is the first team to win multiple No. 1 vs. No. 2 matchups since Baylor did it in 2011-12.

“It’s hard to compete with us because we’re gonna come out and compete every single chance that we get all four quarters,” said Destanni Henderson. “We’re not gonna quit.”

Junior Aliyah Boston hit the go-ahead bucket with 1:04 left in the fourth quarter to give the Gamecocks a one-point lead, which they would not relinquish. She finished the night with a double-double, scoring 18 points on 8-of-20 shooting, and grabbing 11 boards, in addition to her 5 blocks and 4 steals.

“I’d be interested to see how many miles she ran in this particular game,” South Carolina coach Dawn Staley said. “She was all over the place.”

South Carolina scored 26 points off 20 Stanford turnovers, led by Henderson’s defensive pressure. She sparked the Gamecocks’ third-quarter comeback with five steals in the period, helping hold Stanford to its lowest-scoring quarter (seven points) all season. Henderson finished the game with 17 points, 7 assists and 7 steals. It was her first game back after missing the past three because of a leg injury.

“They’re very different with her,” Stanford coach Tara VanDerveer said. “If she could have waited one game, I would have been happy. She was a one-person press out there.”

The Gamecocks return to the court to open SEC conference play on Dec. 30 against Missouri. Stanford opens its conference season against Pac-12 foe Washington on Dec. 31.