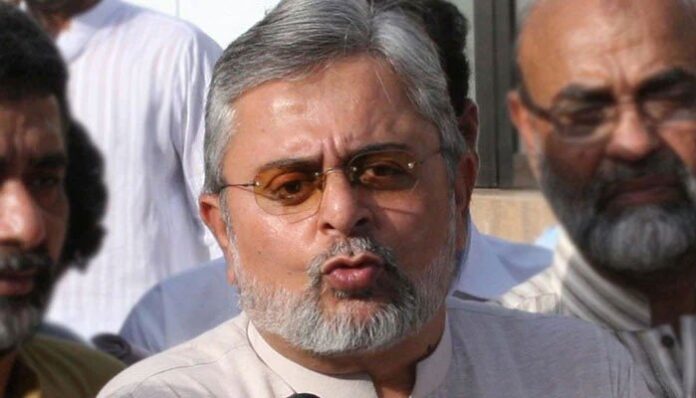 During a discussion in Geo’s programme ‘Naya Pakistan,’ Motiwala said that there is no gas in the port city and no gas pressure in Karachi.

The industries of the city, he said, are not satisfied with government measures to control the gas crisis. It is the reality that the federal government does not have more Liquid Natural Gas (LNG) to supply to the industries in Karachi, he said.

He said that had the federal government procured Liquified Natural Gas (LNG) cargos on time, the gas shortage could have been avoided. “Sadly, today there’s no gas for the industries in Karachi,” he said.

The tender recently floated by the federal government, he pointed out, yielded no response. “Had the deal been done earlier, we would have not seen this day,” he asserted, adding that there are grave issues of gas in Karachi.

On the claim of Minister for Energy Hammad Azhar that all issues pertaining to export sector have been resolved in negotiations with the traders, Motiwala said that the meeting was not regarding gas supply or load management but it was regarding determining the hike in the price of gas. Even in this meeting, he said that there was no discussion regarding supply of gas to industries in Karachi.

Meanwhile, the gas supply was suspended in several parts of the city Saturday as the Sui Southern Gas Company (SSGC) went about its load management plan.

Residents of the above mentioned areas are complaining that they are receiving gas for only two to three hours a day and that too, at an extremely low pressure.

As a result, people have no other option but to use gas cylinders which are adding to their expenses.

Geo News spoke to several women of the areas mentioned above, who said that suspension of gas supply meant they were forced to send their children to schools and colleges without breakfast.

Quetta, Peshawar, Gujranwala, Multan, Faisalabad, Mirpurkhas and other cities in Punjab are also reportedly suffering from a gas shortage.

Not only residents but owners of hotels and restaurants are also complaining of a gas shortage, as it is having an adverse impact on their business.

In Quetta and Gujranwala, the increased prices of LPG and wood, respectively, added to citizens’ woes.

The price of LPG per kg in Quetta has surged by Rs70 per kg, resulting in its total price increasing to Rs230 per kg. The price of 40-kg of wood has soared to Rs950 in Gujranwala.