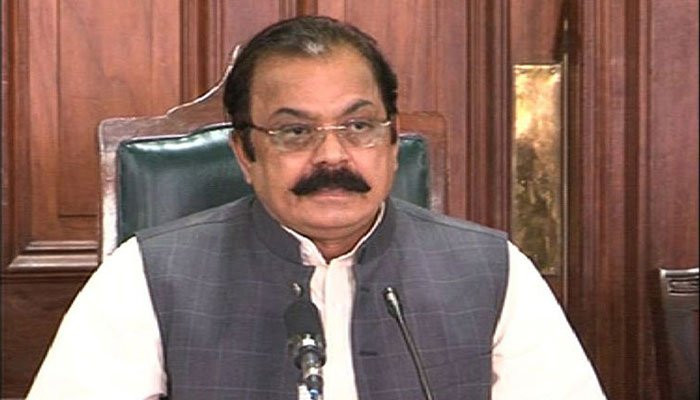 ISLAMABAD: Two models of protest are under consideration to do away with the government’s emphasis on using electronic voting machines (EVMs) in elections, says PML-N Punjab President Rana Sanaullah.

Speaking on Geo News programme ‘Aaj Shahzeb Khanzada Kay Saath‘, Sanaullah said one opinion is to continue recording protests in and outside Parliament, while the second is to follow the TLP protest model.

The host, Shahzeb Khanzada, said the government is pressurising both the Election Commission of Pakistan (ECP) and the Opposition to hold the upcoming election using EVMs.

The PML-N Punjab president threatened that if the government tried to force the elections through the EVMs, the party would be left with no option but to follow the TLP model of protests, The News reported.

He said the incumbent government does not even have an idea of the dynamics of the polling stations and if EVMs were used, the 2023 elections would turn controversial even before they are held.