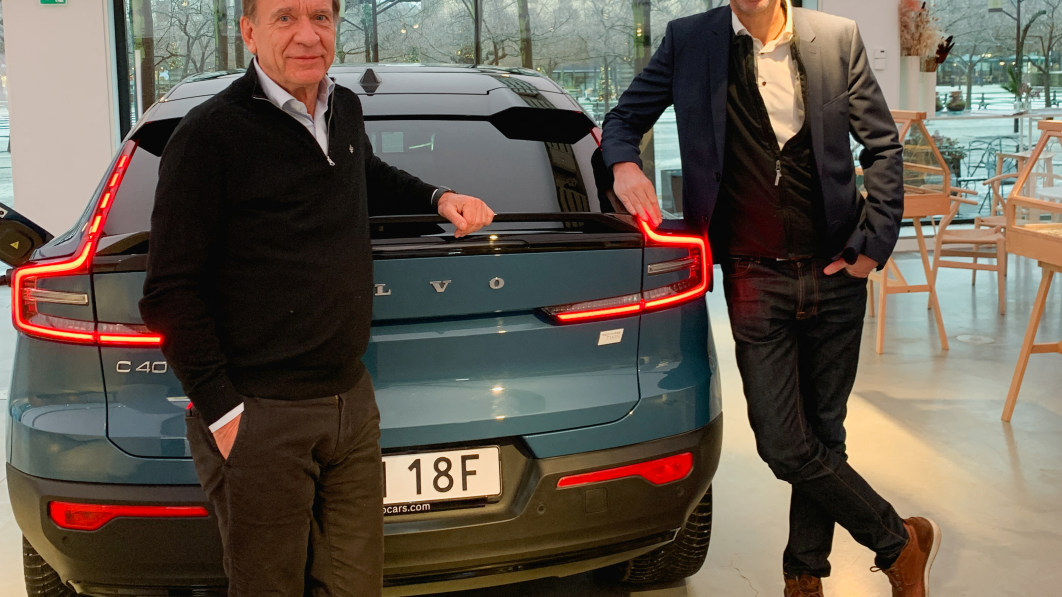 STOCKHOLM — Northvolt Chief Executive Peter Carlsson wants to take on his old boss Elon Musk with the greenest electric vehicle batteries in the world. But he needs to start producing them first.

The Swede is determined to get his factory, roughly 200 km south of the Arctic circle, open for business this month, meaning he and his team of engineers and technicians are laboring at a pace that would rival Santa’s little helpers.

“We are working extremely intensely right now to keep that schedule, and even if it means the first battery is made on New Year’s Eve, it’s going out this year,” Carlsson told Reuters.

The lithium-ion plant was the first to be built in the European Union by a European company and it is meant to be the launchpad for a regional battery champion that can compete not only with Tesla but also Asian suppliers including Panasonic, LG Chem, and CATL.

Northvolt has raised more than $6.5 billion in funding from the likes of Volkswagen, the European Commission and Spotify founder Daniel Ek as well as contracts worth over $27 billion from automakers.

It plans to produce enough batteries to power over 1 million electric vehicles (EV) annually in its Swedish plant in the former gold mining town of Skelleftea, and later supply to other sectors switching to electric, such as industrial machinery and ferries.

Carlsson aims to open at least two more factories in the next ten years.

A former head of production and supply chain at Tesla, which he left in 2015, Carlsson is hoping his experience working with Musk to scale up the billionaire’s California factory will help him in the snowy reaches of northern Sweden.

“During my years at Tesla with Elon I got to know how fun it is to build and scale, and also how very challenging,” Carlsson said.

“There is always supply chain issues when you are starting to scale … I think this is something we are going to be very, very focused on during the next two years.”

Recalls of EV batteries from some of the biggest producers have shown how demanding it is to produce batteries on a large scale, coupled with setting up an “extremely complex” supply chain with both corporate and geopolitical risks.

“To get that (product quality) right while scaling production for the first time is obviously a huge challenge,” said Hans Eric Melin, founder of London-based consultancy Circular Energy Storage.

Northvolt currently employs about 2,500 people from 108 countries, and plans to add 5,000 more engineers over the next five years.

Northvolt and Volvo Cars, which aims to go fully electric by 2030, are due to announce a location in Europe for a joint gigafactory early next year.

“We could make our own batteries and start from zero,” Volvo CEO Hakan Samuelsson said in an interview. “But I don’t think that would be efficient enough.”

Competition for talent is fierce. Most of the battery engineers are based in Asia and Asian suppliers such as LG and Samsung SDI are setting up factories in Europe. Other startups are also trying to get a foothold.

Tesla is looking to recruit for its gigafactory in Berlin.

Skelleftea — pronounced like ‘she left you’ — can’t compete with the German capital’s club scene and its climate can be foreboding with snow cover from November to April and only a few hours of sunshine during the winter.

But Carlsson is banking on the green credentials of the city and the plant to attract engineers. Skelleftea runs largely on renewable energy from hydropower and wind and the plant will be 100% renewable. Batteries will also be recycled there.

“As we go into new generations of skill and talent, a paycheck is not enough, they want purpose, they want to be part of a mission,” he said.

Money is still important, however, with every employee being offered a slice of the company in the form of an equity stake as part of their salary package.

And Northvolt is setting up an entire ecosystem to accommodate staff from as far away as South Korea, Japan and India with housing and company-sponsored social activities including ice hockey and cross-country skiing. It plans to run electric helicopters between Skelleftea airport and the plant underway.

The $6.5 billion in funding already raised will not be enough, according to Carlsson.

Northvolt is aiming for the Skelleftea plant to achieve production capacity of 60 gigawatt hours – that could power up to 1 million cars per year depending on battery size – as it wants to grab at least a 20-25% market share in Europe by 2030.

Last week, Volvo Cars and Northvolt said they will open a joint research and development centre in Sweden as part of a $3.3 billion investment.

“With tailwinds, secured supply of raw materials and a well-positioned product mix I can’t see what could stop them. But those are big ifs,” he said.