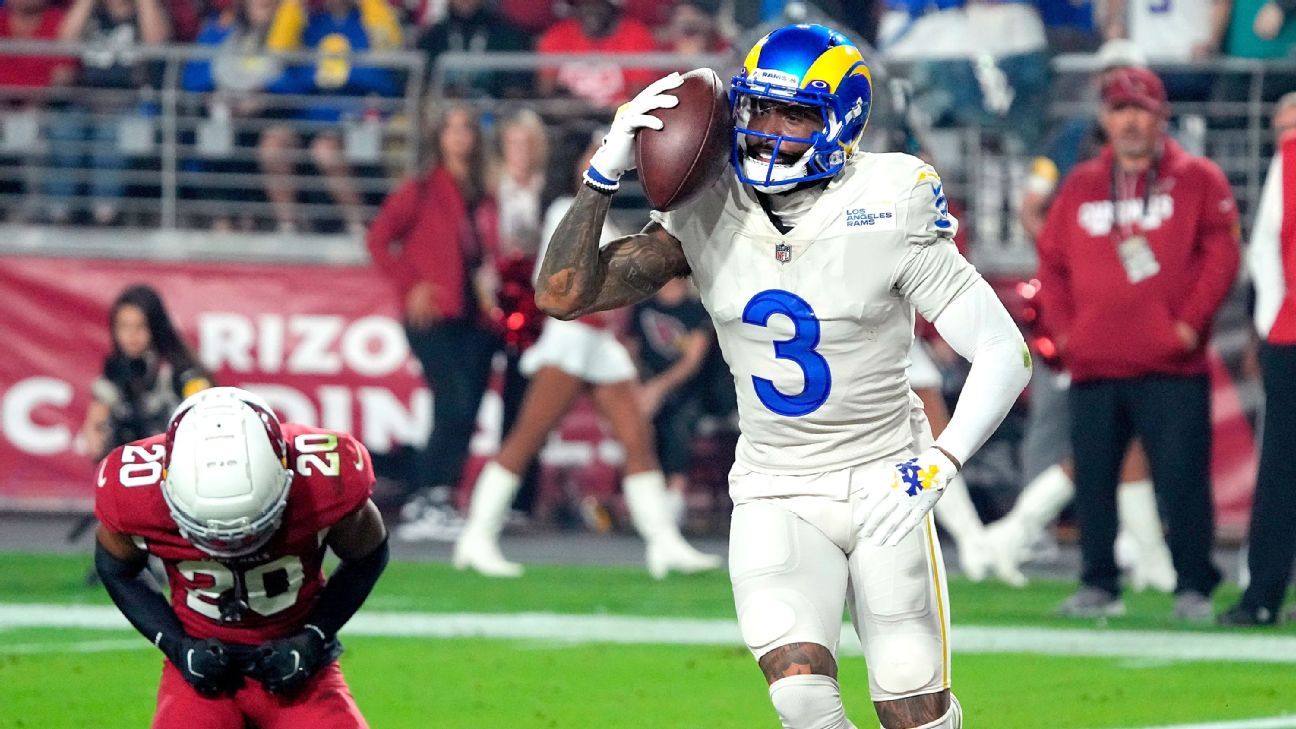 Further, tight end Tyler Higbee was removed from the reserve/COVID-19 list, confirming that Higbee missed a 30-23 victory over the Arizona Cardinals on Monday Night Football because of a false-positive test.

Beckham caught a touchdown pass and had six catches for 77 yards in the Rams’ victory.

With an ongoing coronavirus outbreak, Rams coach Sean McVay told reporters Tuesday that the team’s practice facility was closed and all work would be done remotely for two days, with the remainder of the work week to be determined.

The Rams are one of seven NFL teams in enhanced mitigation protocols, along with the Cleveland Browns, Atlanta Falcons, Chicago Bears, Detroit Lions, Minnesota Vikings and the Washington Football Team.

The seven additional players added to the reserve/COVID-19 list Tuesday join four who were placed on it over the past three days, including running back Darrell Henderson Jr., right tackle Rob Havenstein, cornerback Jalen Ramsey and cornerback Dont’e Deayon.