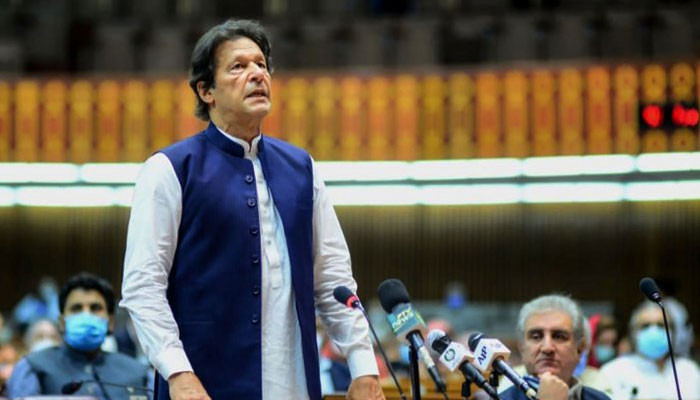 ISLAMABAD: Prime Minister Imran Khan on Saturday welcomed the delegation from Organisation of Islamic Cooperation (OIC) member states for the 17th Extraordinary Session of the Council of Foreign Ministers of the OIC, slated to take place at Parliament House on Sunday.

The session is being convened at the insistence of the Kingdom of Saudi Arabia as the OIC Summit Chair.

Taking to his Twitter handle, the premier wrote: “I welcome delegations from OIC [member] states, observers, friends, partners [and] international organisations to Pakistan.”

“The extraordinary session of OIC [Council of Foreign Ministers] is an expression of solidarity with the Afghan [people and] to focus our collective energies on addressing the dire humanitarian situation in Afghanistan,” he added.

PM Imran Khan said that he is looking forward to addressing the delegations tomorrow (Sunday).

Besides the foreign ministers from the OIC member states and observers, participants will also include special invitees from the United Nations, international financial institutions, and some non-member states, including the United States, the United Kingdom, France, China, Russia, Germany, Italy, Japan, and the EU.

Earlier, speaking to the media at the Parliament House after examining the arrangements, Foreign Minister Shah Mahmood Qureshi said that Pakistan’s stance on the prevailing situation in Afghanistan is gaining recognition with the world joining its voice

The top Pakistan diplomat said he is confident that Pakistan, along with foreign ministers of OIC states, will move a step forward in building that consensus.

Qureshi said from the very first day, Pakistan told the world about the looming humanitarian crisis in Afghanistan and that the situation could also lead to an economic collapse if the banking system remained dysfunctional for long.

He said the economic collapse of Afghanistan would not only impact the immediate neighbours or region but the world in the form of the exodus of refugees, as well as terrorism.

The minister reiterated that the objective behind hosting the moot was to attract the world’s attention towards the food shortage, plight of the children, and the financial difficulties in the war-torn country.