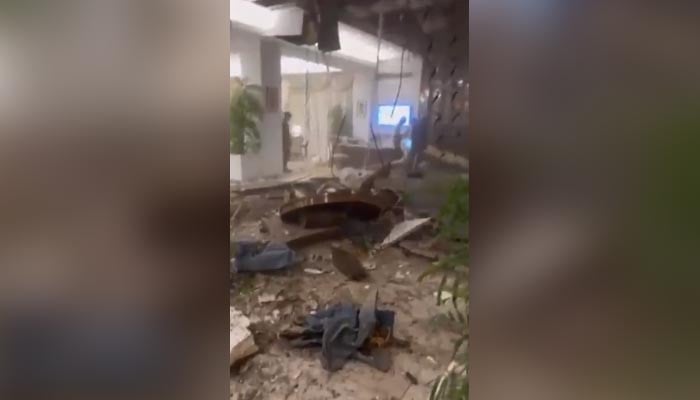 KARACHI: One person was killed while three others sustained injuries after the roof of a five-star hotel collapsed in Karachi late Thursday.

According to rescue sources, several other people are stuck under the rubble after the roof came down.

The hotel is situated near Pakistan Industrial Development Corporation (PIDC). Meanwhile, the deceased person has been identified as Raees Ahmed.