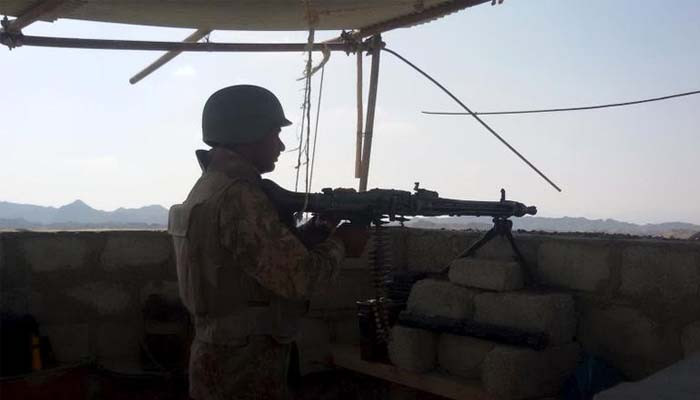 One soldier embraced martyrdom, while four terrorists were killed during an attempted attack at the security forces camps in Balochistan, a statement from the Inter-Service Public Relation (ISPR) said on Wednesday.

According to the military’s media wing, one soldier also sustained injuries during the attack.

The statement added that terrorists attempted to attack security forces camps at two locations, Panjgur and Naushki, in Balochistan late Wednesday evening. However, both attacks had been successfully repulsed while inflicting heavy casualties to terrorists.

In Panjgur, terrorists tried to enter the security forces camp from two locations but the timely response by troops foiled terrorist attempts, the ISPR said.

According to the statement, terrorists have fled while their casualties are being ascertained.

As per the ISPR, in Naushki, terrorists attempted to enter the FC camp which was promptly responded to and four terrorists were gunned down.