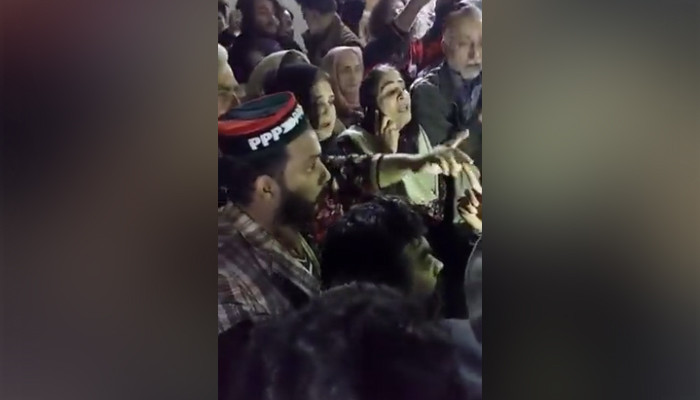 PESHAWAR: Opposition parties have blamed the government for rigging in two Peshawar councils — 33 and 34 — ahead of the local body elections in Khyber Pakhtunkhwa.

The workers of the Opposition parties entered Government Girls School in Tehsil Gor Khatri, according to Geo News, and protested that the “mayor’s ballot papers were already stamped”.

Local Opposition party leaders also gathered at the school, following which the administration and police officials reached the site.

Speaking to Geo News on the incident, PPP’s Nighat Orakzai claimed PTI workers were casting 5,000 “fake votes” in favour of their candidate.

“The [PTI members] were casting fake votes since morning […] the assistant commissioner has said that respective returning officers would be punished,” she added.

In addition, the chairman and members of the Village Council and Neighborhood Council will also be elected.

According to the Election Commission of Pakistan (ECP), a total of 9,223 polling stations and 28,892 polling booths have been set up for the December 19 elections.