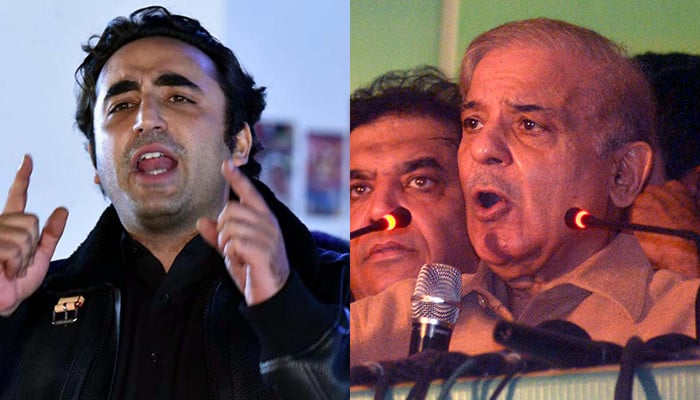 The Opposition said Saturday it would have been better if Prime Minister Imran Khan resigned from his office rather than ringing in the New Year by dropping a “petrol bomb” on the Pakistani nation.

In separate statements, PPP Chairman Bilawal Bhutto-Zardari and Leader of the Opposition in the National Assembly and PML-N President Shahbaz Sharif criticised the government’s decision of moving up the price of petroleum products.

“Governments across the world celebrate festive occasions by bringing down prices, but on the contrary, Imran Niazi has dropped an inflation bomb on the masses,” he said.

The PML-N president asked the prime minister to step down instead of “punishing” the masses due to his “incompetency”.

Shahbaz hoped that the new year would rid the masses of inflation, economic disruption, hunger, diseases, and injustice.

For his part, Bilawal said the increase in prices of petroleum products was Imran Khan’s New Year’s gift to the citizens and the only way to end inflation is to oust PTI’s government.

“Imran Khan claimed that 2021 would be the year of prosperity, but 2022 has arrived, where have the claims gone,” asked the PPP chairman.

He stated that the country witnessed higher inflation than a year prior during the PTI’s tenure, but they continue to blame previous governments and try to portray them as incompetent.

Bilawal claimed that the PPP faced the worst economic crisis in the world’s history but did not let the citizens bear the brunt of the inflation.

He urged the federal government to reduce the rates of petroleum products in line with international prices.

The PPP chairperson stated that the only way to end inflation is to “oust Imran Khan.”

On the eve of the new year, the federal government announced yet another hike in the prices of petroleum products.

According to a notification issued by the Finance Division on Friday, the price of petrol and high-speed diesel(HSD) will rise by Rs4 per litre for the first 15 days of January 2022.

The new prices would come into effect from January 1.

The increase has been announced to meet the petroleum levy target agreed with the International Monetary Fund (IMF).

As per the notification, the price of kerosene has been increased by Rs3.95, and light diesel oil (LDO) by Rs4.15 per litre.