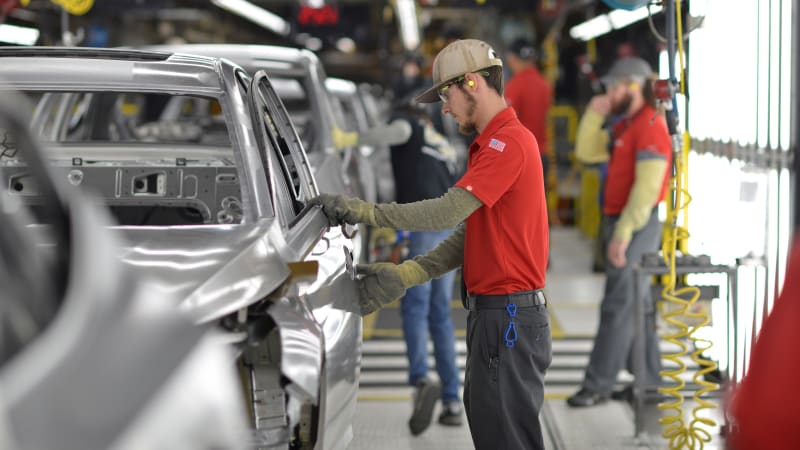 NASHVILLE, Tenn. — A federal labor board is reviewing a decision by one of its regional officials to deny a union from trying to organize fewer than 100 of the thousands of employees at Nissan’s auto assembly plant in Tennessee.

A 3-2 decision Tuesday by the National Labor Relations Board — now with a Democratic majority under President Joe Biden — ordered a review of the June ruling that prevented a vote limited to 87 tool and die technicians at Nissan’s Smyrna plant, about 25 miles (40 kilometers) outside Nashville.

The regional official ruled against the smaller bloc vote after finding the few dozen workers share an “overwhelming community of interest” with the rest of the facility’s production and maintenance workers, and that the only appropriate unionized group through the International Association of Machinists and Aerospace Workers campaign would be one representing about 4,300 plantwide production and maintenance workers. The union did not want the larger vote and didn’t pursue it.

The decision restores some hope for unions in what had been the latest failed foray in the uphill fight to gain traction at foreign-owned auto assembly plants in the traditionally anti-union South.

The union has argued that the 87 employees sought for a bargaining unit have extremely specialized skills for a job that others at the plant cannot do and should be eligible for standalone representation.

“We are pleased to see the Board acknowledge the importance of this case, particularly within the scope of how employees choose to organize themselves under the NLRA,” machinists union spokesperson DeLane Adams said. “Tool and Die Maintenance Technicians at Nissan Tennessee have fought hard for a union and deserve to have a voice on the job.”

Meanwhile, the company has contended that the employees are not sufficiently distinct from other plant workers to be eligible for their own small unionized subgroup.

“Nissan believes the Regional Director’s decision is supported by the evidence,” Nissan spokesperson Lloryn Love-Carter said. “Nissan remains committed to all of our employees before, during, and after the NLRB’s process.”

Nissan does work with organized labor in the rest of the world, but votes to unionize broadly at the U.S. two plants have not been close. Workers in Smyrna rejected a plantwide union under the United Auto Workers in 2001 and 1989. The Japan-based automaker’s other U.S. assembly plant in Canton, Mississippi, rejected facilitywide representation by the UAW during a 2017 vote.

The margin was much closer in 2014 and 2019 votes at the Volkswagen plant in Chattanooga, Tennessee, where workers twice rejected a factorywide union under the UAW.

The year after the 2014 vote failed, a group of 160 Chattanooga maintenance workers won a vote to form a smaller union, but Volkswagen refused to bargain. The German automaker had argued the bargaining unit needed to include production workers as well. The dust-up led to the 2019 factorywide vote.

Unions also have run into opposition from Republican politicians when they attempt to organize at foreign automakers in the South, including in Tennessee.

Tennessee does have a big union presence at an American automaker: The General Motors plant in Spring Hill has about 3,000 production and skilled trades workers represented by UAW.

There’s also an open question about whether workers will unionize at four sprawling new factories planned by Ford in Kentucky and Tennessee by 2025, with an aim of hiring nearly 11,000 workers. Three of the plants — two in Kentucky, one in Tennessee — will be built with Ford’s South Korean corporate partner, SK Innovation, to produce electric vehicle batteries. A fourth, in Tennessee, will make electric F-Series pickup trucks.