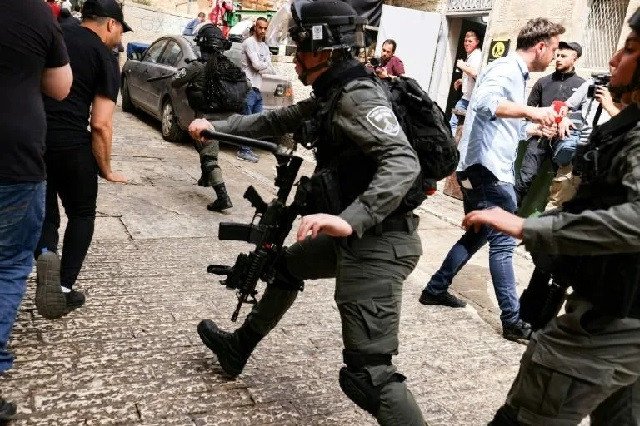 In a series of incidents in and around Jerusalem’s volatile Al-Aqsa Mosque compound on Sunday, more than 20 Israelis and Palestinians were injured, two days after significant rioting at the site.

The recent conflicts have resulted in more than 170 people being injured since Friday, at a critical moment when the Jewish Passover festival overlaps with Ramazan.

They also follow deadly violence in Israel and the occupied West Bank, which began in late March and has resulted in the deaths of 36 Palestinians.

Shortly before the arrival of Jewish tourists, “hundreds” of Palestinian activists inside the mosque grounds began gathering stone mounds, according to police.

Israeli police claimed they had entered the area to “remove” the demonstrators and “restore order.”